DPU student Adriana Salazar announced for the ‘100 for 100’ competition, in which UCL students put pen to paper to win £100 for their own 100-word innovative idea 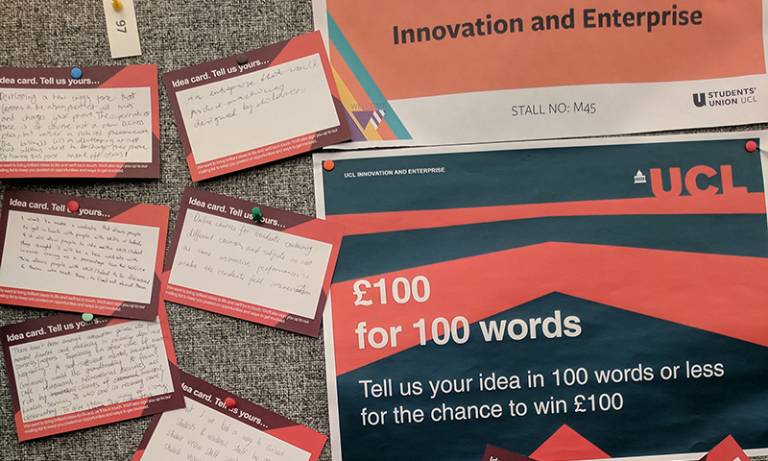 Congratulations to MSc Development Administration and Planning student, Adriana Salazar, who was one of two students announced for the UCL Innovation and Enterprise’s ‘100 for 100’ competition. Adriana impressed the judging panel with her pioneering ideas and was awarded a £100 prize.

Adriana developed her winning idea after a conversation with a friend about concerns around the excessive amount of plastic waste created by our daily consumption. Her idea was to incentivise retail businesses to reduce their plastic consumption by setting up a network showing consumers how much plastic the businesses use. Consumers could then choose to give their custom to businesses that have implemented practices to reduce plastic usage.

“Being an economist, it was clear to me that this issue was a matter of supply and demand and that plastic waste - which takes literally ages to decompose and has more implications to health and social vulnerability than we think - could be significantly decreased if businesses had the incentives to provide alternative solutions and if consumers consciously demanded it.”

Adriana is keen to keep working on her idea. Her long-term vision is to have a social enterprise that contributes to the alleviation of poverty and vulnerability in Mexico.

She was recently elected as a consultant at the UCL branch of 180 Degrees (a consultancy service for non-profits and social enterprises).