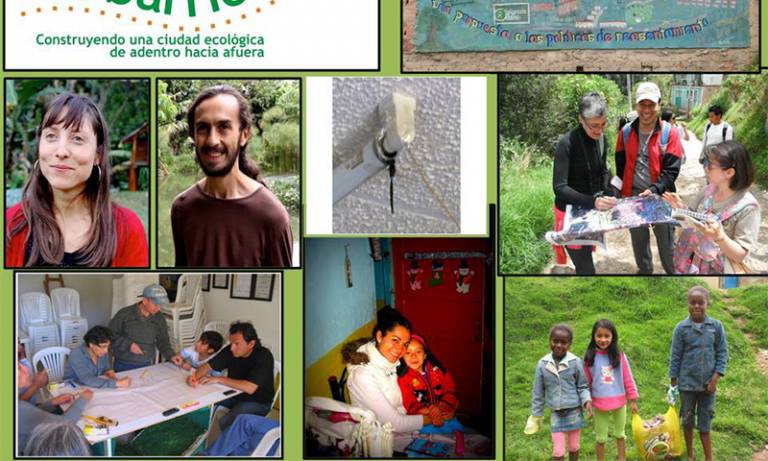 At the recent successful defence of her PhD thesis, Tatiana Ome argued that district programmes and urban social movements based on environmental principles generate new ecological and political subjects, subjectivities and identities that interact with (conventional) place-based subjectivities and identities to transform the dynamics in place and more broadly urban planning.

She points out that in the current global ecological crisis, environmental principles have become increasingly mainstreamed in urban planning and by urban social movements in the global south. In this context, it is important to understand how diverse actors use these environmentalisms in order to generate (or not), what many define as alternative development trajectories that take nature into account.

Taking an anthropological perspective, she offers an ethnographic account of how the Ecobarrios programme, implemented by Bogotá’s mayor between 2001-2003, opened different paths in the construction of eco-political subjects, subjectivities and identities in Bogotá by planners and the local dwellers of El Triangulo. In 2009, the residents of El Triangulo, in the eastern hills of the city, adopted the Ecobarrio initiative as a resistance strategy to avoid eviction and as a means to improve their living conditions.

She follows the different trajectories of these two attempts to articulate the notion of Ecobarrios to processes shaping urban life and territories in Bogotá. In so doing, she reveals how the emergence of eco-political subjects, subjectivities and identities simultaneously transform and reproduce micro-political dynamics (of and from place) and also give rise to changes and transformations in urban planning.

Tatiana’s thesis is entitled: An Ethnography of Bogotá's Ecobarrios: Understanding the Construction Process of Place-based Eco-political Subjects, Subjectivities and Identities through an Institutional Programme and a Local Resistance Strategy