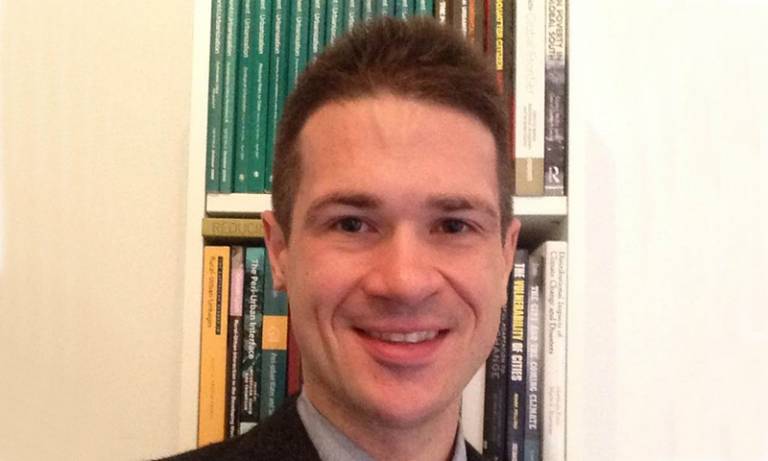 Each year, UCL awards the Chadwick Trust Travelling Fellowship to encourage post-graduate students in the study of public health. The Fellowship is awarded in honour of Sir Edwin Chadwick, one of the most influential sanitary reformers in mid-nineteenth century Britain.

This year, the Chadwick Trust was awarded to Donald Brown, PhD Candidate at the Bartlett Development Planning Unit (DPU). Donald’s research seeks to better understand environmental health in smaller African urban centres through an in-depth case study of Karonga Town – one such smaller urban centre in Malawi. His study is also part of an international research project called Urban Africa Risk Knowledge (Urban ARK). The project is dedicated to breaking cycles of urban risk accumulation in sub-Saharan Africa through the generation of detailed local data on hazards (everyday, small and large) and underlying vulnerabilities.

Given his focus on water and sanitation, Donald was also named the Jeroen Ensink Fellow 2016-17, in honour of the former Chadwick Trustee and Senior Lecturer in Public Health Engineering at the London School of Hygiene and Tropical Medicine (LSHTM), Dr Jeroen Ensink. That Donald has been recognised in this way reflects an important recognition that the future challenges facing public health will be increasingly concentrated in Africa and Asia. This is where most of the world’s future urban growth is set to occur, and where small towns and cities are the fastest growing. Donald is honoured to take forward the legacies of Sir Edwin Chadwick and Dr Jeroen Ensink through his research.