Resisting Bordering Practices: BUDD invited to the XX Biennial of Architecture and Urbanism of Chile 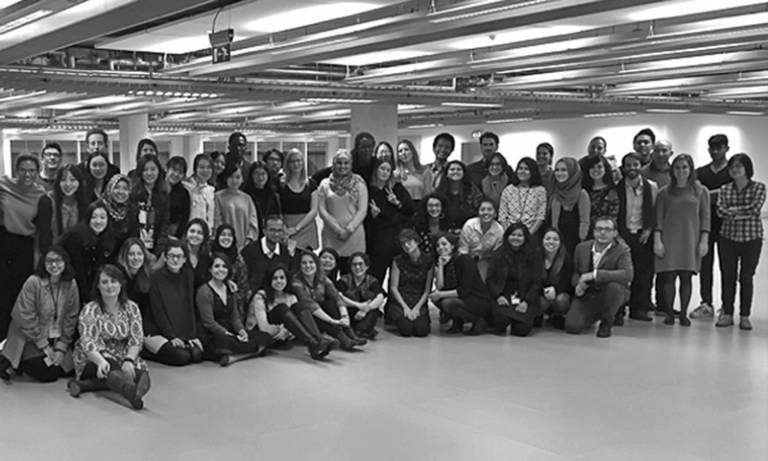 Congratulations to the MSc Building & Urban Design in Development team at The Bartlett Development Planning Unit who have the unique opportunity to showcase outputs from the Urban Intervention Studio project “Resisting Bordering Practices” to an international audience at the XX Biennial of Architecture and Urbanism of Chile.

Organised by Colegio de Arquitectos de Chile, this year’s Biennial is entitled ‘DIÁLOGOS IMPOSTERGABLES’, and aims to urge professionals in the field of architecture and urbanism to engage with broader socio-political and environmental concerns. Particular focus will be on the need to work with those who reside in the margins and who have not seen their necessities and aspirations reflected in their urban environment. The event will showcase the work of more than 150 architects, researchers, activists and political institutions and universities from around the world, and will take place from October 26 to November 8 in the Parque Cultural in Valparaiso (Chile).

Central to the pedagogic ethos of MSc BUDD is the emphasis on putting theory into action, with the Urban Intervention Studio representing one part of a practice-based learning module. Through the exploration of alternative modes of urban engagement and action research practices, students work towards developing, designing and visualising their urban design interventions that are grounded in the principles of social and environmental justice.

The BUDD team framed urban borders as the strategic currency of urban design practices and the crystallization of the politics of space, while border-making practices were defined as mobile, ubiquitous, heterogeneous, and performative acts where the structural forces of urban change manifest spatially.  In particular, the BUDD Urban Intervention Studio explored the multiplicity of border making practices at play in the context of two contested cities: Medellin and Beirut devising relational urban interventions to respond to the fundamental border-making practices in there as: a) the reconfiguration or urban fringes by forced displacement; b) the privatization of public spaces; c) the dispossessions derived from anchoring real estate operations and digital service economies; d) the cooptation of spatial narratives on urban memory and innovation; and e) the infrastructural shifts for militarization and surveillance purposes.

Thus, the studio showed how a recalibrated practice of urban design could re-imagine, trespass, and subvert current border-making practices and devise different possible trajectories of acting upon the transformative potential of the sites researched.

Reclaiming the political relevance of design

For DPU and UCL this international participation is welcomed inasmuch as it acknowledges the commitment to an expanded understanding of urban design. The research based comparative design responses that will be displayed in the exhibition will show the curated material developed in the studio over the last two years.

The display will make a synthesis of how urban design can deal with the complexities of addressing simultaneously the situatedness and interconnectedness of contemporary urbanisms by harnessing urban singularities while engaging with a relational perspective in the repertoire of design interventions in global south cities. Hence, at the core of BUDD’s pedagogy is reclaiming the political relevance of design and promote a critical understanding of space and everyday practices to bring about a new socially sensitive urban designer. This endeavor for us is the crucial unpostponable mission!