The DPU's Dr. Zeremariam Fre has stepped down from his role as Director of the Pastoral and Environmental Network in the Horn of Africa (PENHA), of which he was also a founding member. 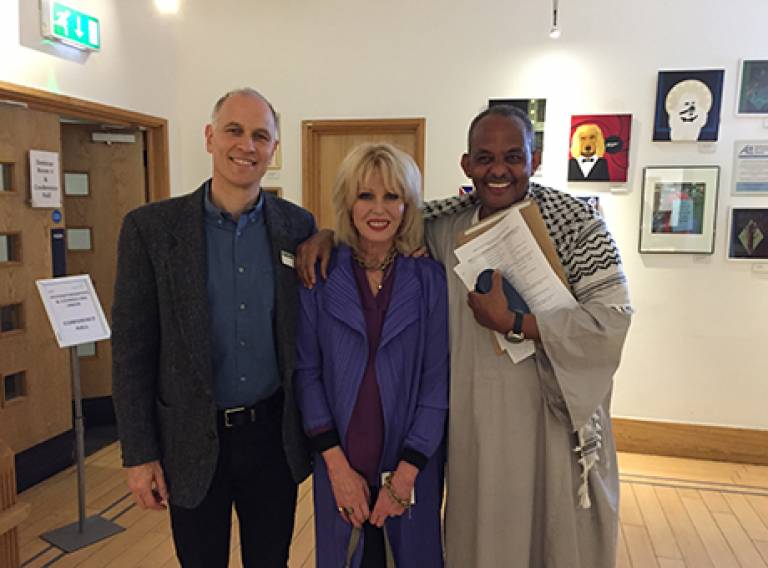 During the 1980s, the Horn of Africa region was blighted by disasters and was highly recognised for conflict, famine, drought, fighting and civil war. It was in this context that Dr. Zeremariam Fre was inspired to help establish PENHA, an organization that works on capacity building, advocacy, action-orientated research, project delivery and consultancy work in the Horn of African countries of Ethiopia, Eritrea, Somali/ Somaliland, Sudan, South Sudan and Uganda.

Dr. Fre spoke of his journey at the celebratory African Legacy and Pastoralist Livelihoods cultural evening also attended by Joanna Lumley OBE, PENHA's Patron, and Dr. Tekeste Ghebray, former Executive Secretary of the Intergovernmental Authority on Development (IGAD). He explained that 'the generation at that time motivated us and said - what can we do about this region? The region has a long civilisation where Islam and Christianity have been part of it for centuries. It has its own culture, identity, and at that time what we felt was painful. So we said let's wake up and do something - only myself and others come along to challenge this.' He continued:

'Now being there for more than 25 years or so, there are changes in the region but there are also some challenges. Our countries are still unstable... and the region has a long way to go in terms of establishing itself, opening borders, having cross-border trade, reconciliation among our people to live peacefully as it is because it is a rare commodity. The region is quite rich and the PENHA borderless logo is sufficiently an ideology which hasn't yet been achieved. Despite the colonial borders and independent entities, the region has so much in common. This is what PENHA built on. PENHA played a great role in making pastoralism an acknowledged economy and way of life in the Horn of Africa. The biggest legacy of PENHA is we broke the barriers of highland-lowland, rural-urban, religious difference, etc.'

Dr. Fre called on the next generation who live in the UK with origins in the Horn to be open-minded and make a success out of living here. He then thanked all the people who had worked with him over the past three decades, including grassroots organisations in the Horn, politicians, academics, and ordinary people who inspired him and helped him to keep up the work of PENHA, as well as all friends in the UK and other parts of the globe.

A full report in the event is available on the PENHA website here.