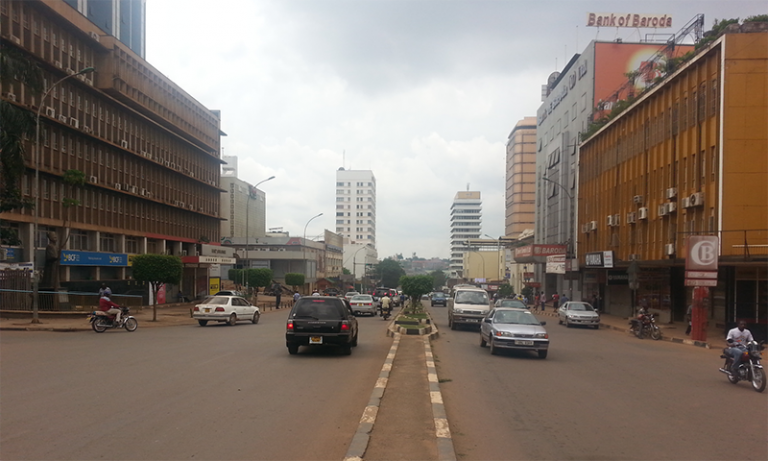 The DPU’s Colin Marx was part of a larger research consortium led by the Institute for Housing Studies in Rotterdam that was successful in its bid to receive funding for a large research project exploring the spatial inequalities in times of transition in complex land markets in Somaliland and Uganda.  The project responds to a call to examine the rapid population growth, spatial expansion, along with increasing economic and social inequalities that East African cities are experiencing. The team will be investigating the role of these land markets being understood as multiple and complex in producing or reducing inequalities as these cities are growing very rapidly.
Researching urban land
For Colin, this latest research project builds on his extensive experience of analysing urban development by thinking through urban land dynamics, and in particular the challenges facing cities in sub-Saharan Africa. Rooted in his practical experiences of mobilizing community groups to contest the exclusionary patterns of South Africa’s apartheid cities, where he found few intellectual resources to justify the actualization of progressive ideals of equitable cities, his work since leaving practice, has been to contribute to this wider project. In this process, Colin has theorised the role of poor people in contributing to urban economic growth and what this means for their location in cities, as well as how informal land markets operate in South Africa and what impact having a formal title to land has.
Most recently Colin contributed to the CDKN funded DPU-led project on Reducing Relocation Risk, where he was able to explore the issues around multiple tenure systems and land markets, with a particular focus on Kampala. “We were looking at how people were transacting within a land and property rights system that is exceptionally complex and in relation to land facing new climate-change associated risks. Within this complexity, specific social patterns and relations are developed and sustained in order to allow urban land markets to operate”.
For Colin, one of the main challenges is to shift the conceptualisation of urban land to that of being socially produced through multiple processes from a more static view of land being a physical entity that can be technically managed. He explains, “usually a piece of land is viewed within its boundaries, and it’s ascribed specific property rights, it links to the planning system through zoning regulations that are fixed, and that’s all there is to it. Challenging this view is extremely difficult because it is already defined by highly unequal power relations. We need to find ways to side-step these existing power relations if any progress is to be made in making cities more equitable.”
Challenging the debates on the role of land in cities
The key debates in the field of land markets relate to the ‘affordability’, ‘availability’ and ‘accessibility’ of land for poor people. As Colin explains, “most literature on land and cities in the Global South on one or all of these three themes, and usually it will be about how you can make land more affordable and what kind of financial tinkering needs to be done. If it is about ‘availability’ then the concern is how you can make the planning system more capable of making land available. If the focus is ‘accessibility’, it is about how you can change the property rights system so that the informal rights that poor people have are more secure. These are the key debates, and very few people go beyond that”.
Colin has been able to contribute to these debates by exploring how we can move beyond these three terms, and to look at how each one of them is already constituted by a whole set of processes with their contending power relations. “If you think about affordability you are already making a whole lot of assumptions about how land markets work, and this is problematic because the baggage that land markets come with are already defined by unequal power relations” Colin explains.
“My work has been about identifying these assumptions on the one hand, and on the other, trying to find ways to analyse how urban land dynamics unfold without drawing on these assumptions in order to find new ways to understand how urban land configures different forms of urban development. In so doing, I hope to offer new resources to activists and policy makers to intervene in urban land issues in ways that are more supportive of poor women and men’s livelihoods".