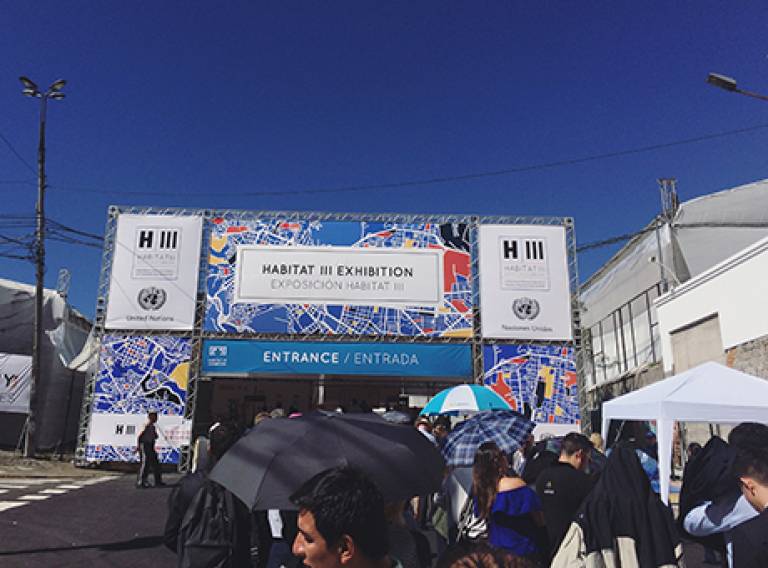 The United Nations Conference on Housing and Sustainable Urban Development (Habitat III) concluded on Thursday in Quito, Ecuador, with the adoption of the New Urban Agenda (NUA), meant to guide city development world-wide over the next two decades. The NUA is supposed to be bolstered by the Quito Implementation Plan, a set of commitments from various partners to contribute to the implementation of the NUA.

There were over 30,000 participants from all over the world and almost 10,000 events took place, from plenary sessions to high-level roundtables to side events, held with a wide variety of NGOs, universities, and civil society groups. The Development Planning Unit participated in over 15 different side events, with topics ranging from reducing relocation risk to urban economic development strategies.

On the final day of the conference, an event on disrupting urban risk traps chaired by Adriana Allen rounded off a three-day public exhibition of the cLIMA sin Riesgo project, which explores the connection between urban development and the production and re-production of everyday risks. In addition, an event on urban learning alliances led by the Sierra Leone Urban Research Centre considered the potential for partnerships between universities and civil society groups to research and produce action-oriented knowledge together. Finally, DPU director Julio Davila presented a multidisciplinary view of urban transport and social development. 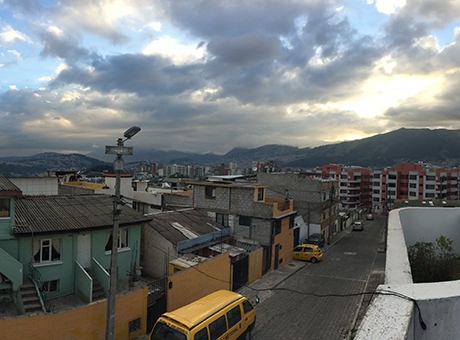 Organisers of the conference have asserted that Habitat III had the strongest participation of civil society groups, local authorities, and other stakeholders in the history of UN conferences. However, many questioned the purported “inclusive” nature of Habitat III, especially in regard to local groups. Some members of civil society networks such as the Global Platform for the Right to the City were pleased to see that the “right to the city” was included in the NUA. However, there was also disappointment that the “right to the city” did not appear as a commitment towards more socially just cities that put people before profit, but more as a reference point in the less controversial “cities for all” vision. 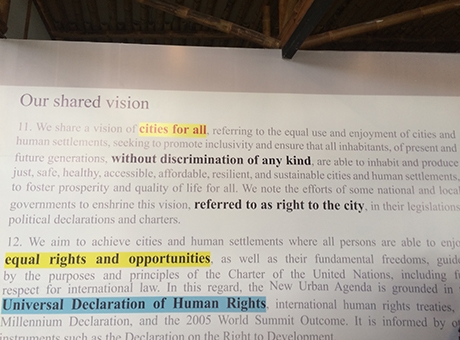 Further reflections on the week by DPU staff have been written by Vanesa Castán-Broto and Andrea Rigon.