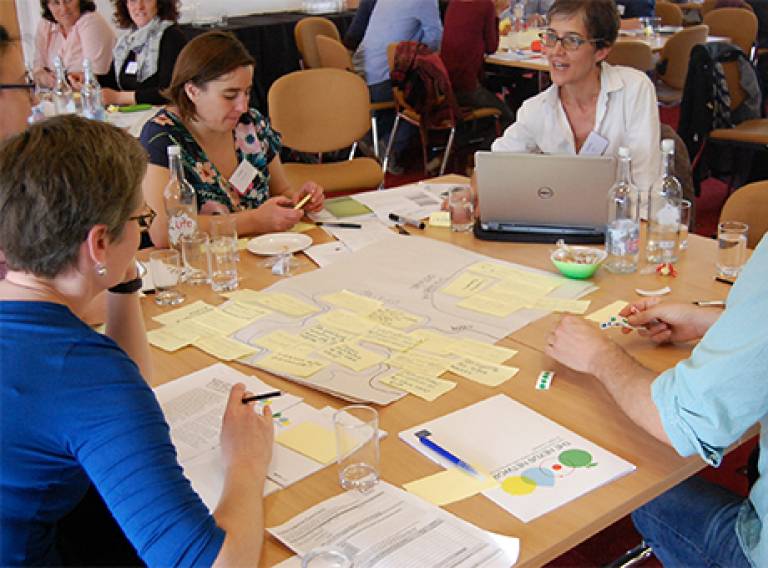 Funded by the ESRC, the Nexus Network brings together an interdisciplinary group of scholars and practitioners to develop a holistic understanding of how the linkages between food, energy, water and the environment shape cities and urban life. A key contribution of the ‘nexus’ approach is that emphasizes the connections between systems that are often approached separately.

The DPU approach to the urban nexus builds on integrated approaches to sustainability and socio-environmental justice, which manifest the interconnections between social, environmental and technological issues. During a workshop organised by the Nexus Network in Sussex on 12 and 13 May 2016, two DPU academic members shared their research, reflecting on how unearthing hidden connections at the heart of the city. 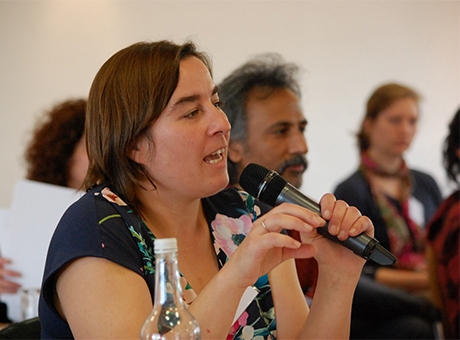 Dr Vanesa Castán Broto presented her research on Urban Energy Landscapes, funded by the Economic and Social Research Council. She examined different cities around the world (Hong Kong, Bangalore, Maputo) to explain how urban energy systems are shaped by the spatial and historical configurations of the built environment. Drawing on cLIMA sin Riesgo, an action-research project funded by the Climate Development Knowledge Network (CDKN), Prof. Adriana Allen reflected on how ordinary citizens living in conditions of marginalisation in Lima carve individually and collectively material and political spaces to cope, challenge and at points transform the risk accumulation cycles or ‘urban risk traps’ that translate locally in the exacerbation of existing everyday risks and episodic disasters threatening human life and wellbeing, as well as undermining the man-made and ecological infrastructure that supports vital urban nexuses.

Image credits, with many thanks to Nathan Oxley at the STEPS centre.