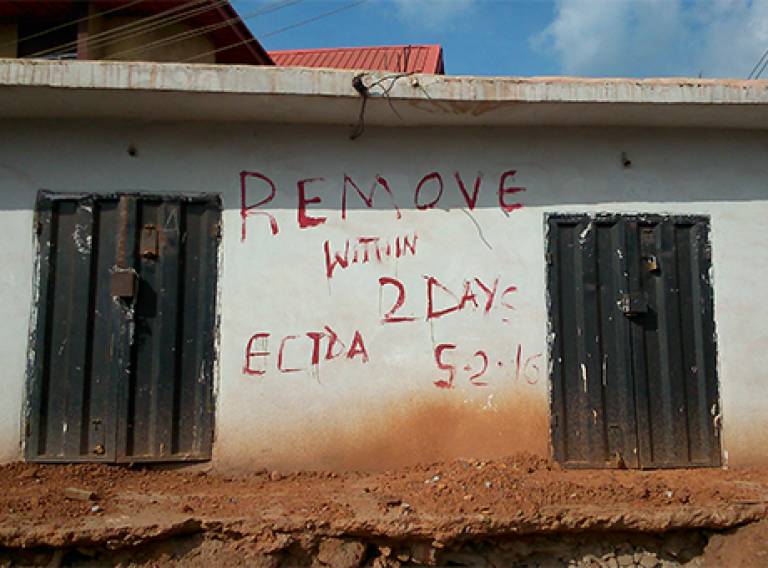 The infrastructure backlog in Nigerian cities presents an enormous impediment to efforts to improve the well-being of the country’s urban residents. However, the land requirements associated with efforts to deliver such infrastructure, in already densely occupied cities, has led to a significant threats of displacement. Furthermore, in a pattern which is by no means unique to Nigeria, displacement as a consequence of infrastructure development is a cost which is most frequently borne by poor city dwellers. At times the need for infrastructure may even be used as a pretext to displace low income communities in the interests of property development and the release of urban land value to urban elites.

In Nigeria, the scale of displacement for infrastructure development is such that this topic is high on the agenda, both in the popular media and as a subject of academic enquiry. In 2007 the UN HABITAT Advisory Group on Forced Evictions reported that 2,334,433 people had been evicted from their homes in Nigeria between 1995 and 2005 and in recent years ongoing mass displacements of urban populations have been widely reported in Nigerian media, notably in Lagos (Badia East), the Federal Capital territory of Abuja, and recently in Kaduna. 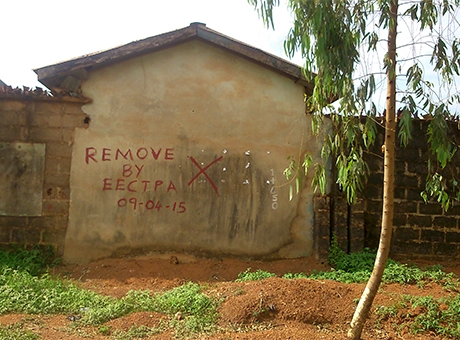 In this context, Barbara Lipietz and Julian Walker of the DPU are working with Dr. Victor Onyebueke (University of Nigeria Nsukka), Dr. Oliver Ujah, and Victoria Ohaeri (from the NGO Spaces for Change and Youth Development) on a research project which aims to understand how engagement between civil society groups and planners can protect the interests of the urban poor in the context of infrastructure development in Nigerian cities. This research is part of the UK DFID funded Urban Research Nigeria (URN) programme, coordinated by ICF International, which the DPU has been part of since 2013.

The research was launched during an initial workshop with Nigerian partners in April 2016. It will work at two scales: a national level scanning of infrastructure-related displacement drawing on both secondary sources of information, and interviews with government, civil society and private actors, and; a City-profile of infrastructure related displacement in the South Eastern Nigerian city of Enugu, which will be used to interrogate some of the patterns and themes emerging from the national scanning through primary research and more in-depth displacement case studies.