Borders and camps - Life at the edge of Europe 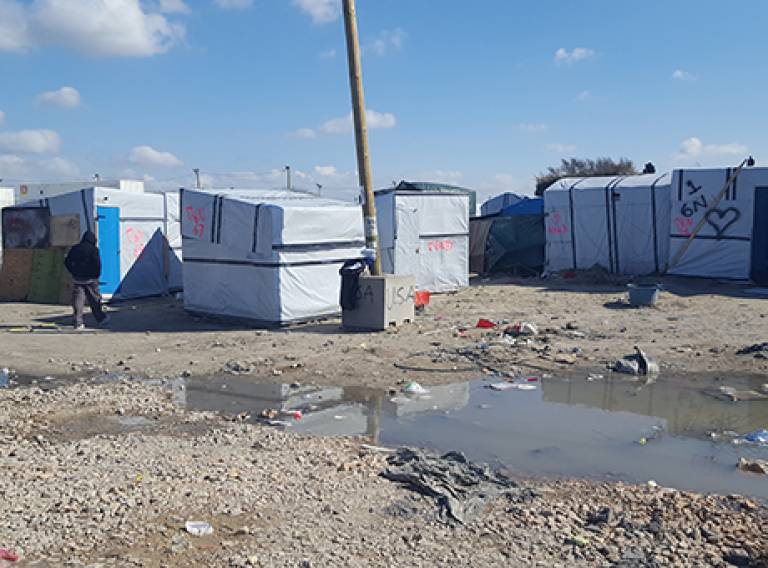 There is no doubt that borders are as contested, fragile and unstable as the political, legislative and normative agreements surrounding them. Following the results of the referendum, while the slogan 'take back control of the borders' still resonates in the minds of many, the mayor of the French city of Calais is demanding the revision of the Toquet treaty. The definition of the border between UK and France has now become uncertain, as even more uncertain the destiny of the camps in Calais and Dunkirk.

Within a preliminary research developed at DPU and supported by the Urban Transformations and Diversity, social complexity and planned intervention clusters, the intimate relation between borders and camps was delved into, reporting from Calais and discussing with local organisation and academics in UK around concepts of imperfect citizenship and EU policy of migration, changes in the paradigm of humanitarian response and new kind of decentralised interventions, campisation of the urban territory and role of planners.

Camps and borders have been so far examined separately. Nevertheless, they are often intertwined (epistemologically, spatially and in terms of function). This is blatantly visible in the so labelled 'refugee crisis'. We witness the simultaneous proliferation and heterogenisation of borders and camps produced by European anti-immigration politics and widespread hostility towards refugees/migrants. In the absence of any policy able to address the issue in a collective fashion, the steep increase in migration is generating a complex unprecedented borders/camps urbanism, that urges us to rethink consolidated notions and address challenges from a less disciplinary constrained point of view.