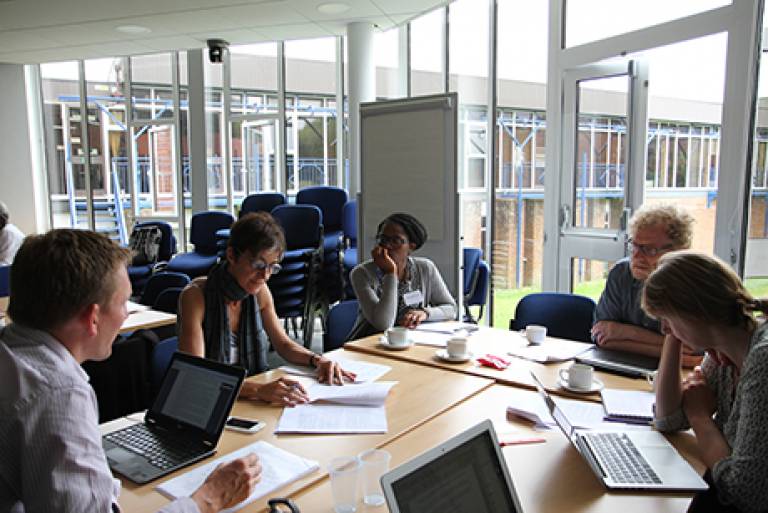 On 4 July, the DPU along with the International Institute for Environment and Development (IIED) and the Institute of Development Studies (IDS) hosted a Development Studies Association Urbanisation and Development Group workshop at IDS in Brighton. It was an opportunity for researchers and practitioners to discuss and interrogate the most recent Zero Draft of the New Urban Agenda, the final version of which will be agreed by UN member states at Habitat III in Quito in October. Anna Walnycki (IIED) introduced the day by inviting a series of provocations speaking to whether the three “transformative commitments” in the Zero Draft truly represent a transformative agenda. Contributions came from David Dodman (IIED), Paula Lucci (Overseas Development Institute), David Satterthwaite (IIED), Sue Parnell (African Centre for Cities, University of Cape Town) and Alvaro Puertas (Habitat International Coalition). The following is an overview of key issues that were raised.

First, the point was made that many of the commitments in the Zero Draft have been put forth in the past; for example, Habitat I committed to universal housing and sanitation by 1990. In this sense, there is not much “new” about the “New Urban Agenda”. The question is who will be responsible for carrying out these commitments? The Zero Draft is to be signed by national governments, but much of the work that needs to be done will most likely fall to local governments and civil society. Therefore, where are the commitments to support these actors at the local level? 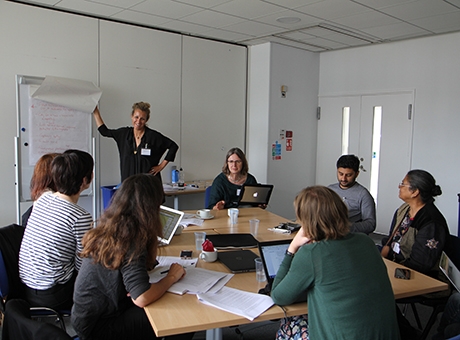 In addition, the relationship between the Sustainable Development Goals (SDGs) and the New Urban Agenda is unclear. Is the agenda meant to drive the implementation of the SDGs? In addition, human rights commitments that appeared in Habitat I and II seem to be sidelined in the Zero Draft. How can the Habitat III agenda represent one set of tools to hold governments accountable for commitments they have made?

There was also some concern about monitoring progress towards Habitat III commitments and the gathering of data for this purpose. This is the case especially for commitments in the Zero Draft such as “leave no one behind”: how will the status of particularly marginalised groups be measured? The use of urban averages, for example, can often conceal differentiated performance between groups or neighbourhoods within one city. In addition, language in the draft may be inaccessible to those outside political and academic spheres. How can marginalised groups be involved in data production for an agenda that will ultimately affect them? 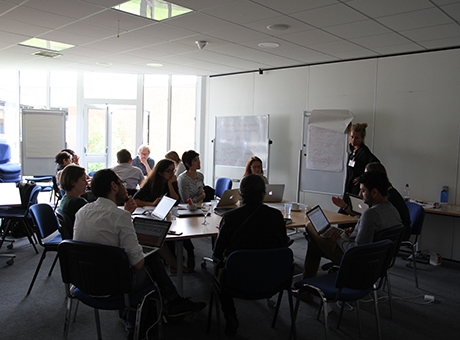 Some participants made the point that the draft reads as a long list of commitments that carry equal importance. In reality, there are key areas that need to be prioritised. There are also very few ‘actionable’ points. How can the New Urban Agenda be clear, accessible, and measurable, as the MDGs were to a certain extent, and at the same time not fall into the “silo” trap that separates issues, while not recognising the tensions and linkages among them?

Finally, much was said about how the New Urban Agenda is to be financed. Finance as it is currently discussed in the Zero Draft is mostly around public finance, and does not adequately address private finance as a major source of city building in the coming decades. There is no “reality check” in the current draft to acknowledge that national governments are currently driven by the bottom line of bringing in investment to cities, often rendering meaningless commitments towards “social inclusion”. 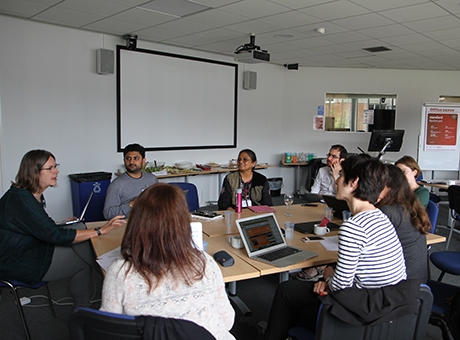 In the afternoon, participants divided into working groups based on three identified priority areas: the Zero Draft commitment to “leave no one behind”, “urban prosperity” and "environment and climate change". The intention of the discussion was to sharpen the transformative vision in these spheres, to determine actionable objectives, and to understand some of the tensions and connections among the three priority areas. The day was wrapped out by the comments from Sheela Patel (Shack/Slum Dwellers International) as well as Barbara Lipietz (DPU), Alexandre Apsan Frediani (DPU) and Adriana Allen (DPU).

From this discussion, a briefing paper was prepared in advance of the Third Preparatory Committee Meeting for Habitat III on the 25-27 July in Surabaya, Indonesia. It is hoped that several of these concerns can be taken into account to work towards a clearer, actionable and transformative New Urban Agenda.