Increasing influence of cities in national and global affairs has recently gained recognition within UNESCO’s 2030 agenda for education and lifelong learning. The International Conference on Learning Cities (ICLC) is an initiative that started in 2013 in Beijing, when Ms Irina Bokova, Director-General of UNESCO, invited Member States to participate in the conference. Attended by more than 500 mayors, city education executive experts from all over the world, the first conference aimed to address challenges of rapid urbanisation by building ‘learning cities’, a vision elaborated in the outcome document The Beijing Declaration on Building Learning Cities.

The 2nd, and the most recent ICLC conference was organised by UNESCO and the Federal Government of Mexico from 28 to 30 of September 2015 in Mexico City. The UNESCO Institute for Lifelong Learning (UIL), the secretariat of the ICLC, and the coordinating body of the Global Network of Learning Cities (GNLC) has been following up developments that have happened after the conference. Through UIL, MSc Building and Urban Design in Development alumna Ana Puhac had an opportunity to participate at the Conference in Mexico City, joining other youth delegates from different parts of the world in sharing their perspectives on building learning cities and advancing UNESCO’s Education 2030. Formally, Ana participated as a youth delegate coming from (Southern) Europe. However, her contribution as a panellist speaker on a Thematic Forum and the input to Youth Statement was largely coloured by her international experience and the DPU/BUDD scholarship, highlighting critical urbanist approaches and people-driven development planning. 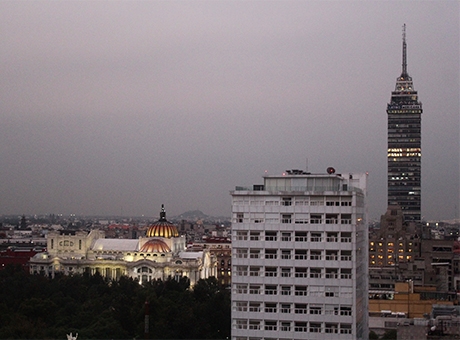 In Ana’s presentation titled Re-thinking Sustainable Urbanity, at the panel themed around ‘global citizenship and environmental stewardship’, she articulated why it’s important to re-conceptualise the popular meta-narrative constructed around ‘cities’ and ‘nature’ as entities in order to unveil how processes behind urbanisation of nature shape our knowledge-production around citizenship and environmental stewardship. 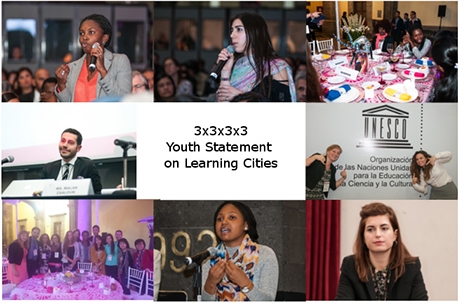 The idea behind UNESCO’s mandate of ‘learning cities’, ‘learning communities’ and ‘learning regions’ emerged from recognition that, although the role of national governments in building a vision for lifelong learning strategies is crucial, lasting change requires deep roots at a local level — city, province, and community. The task that remains is to activate the Learning Cities platform as a leverage which can support multitude types of knowledge that exist in global urban communities, and channel them towards production of more just, diverse and environmentally healthy cities.