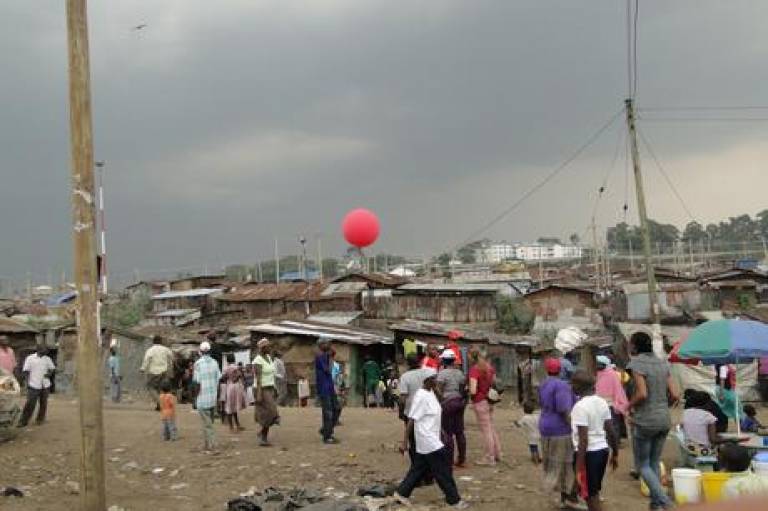 The Urban Zoonoses research project is investigating the effects of close interactions between people and animals in urban and peri-urban Nairobi on the spread of pathogens such as Escherichia coli, Campylobacter and Salmonella, which can infect both humans and animals. According to the Principal Investigator of the project, Professor Eric Fèvre of the University of Liverpool, UK - who is based at ILRI in Nairobi, where most of the project staffs are also based - “the way you design your city and the way you structure your food system can play into a policy to prevent disease emergence; the project is redrawing the map of Nairobi, not based on geography but on the connectedness of animal and human populations, in terms of the bacteria that they share”.

The project has received substantial media coverage, which included a New Scientist article (link) and a short video by Voice of America (link).

The work of the research partners in charge of the 'planning and social science thread' of the project, the DPU and CEGE at UCL and IIED, is underpinned by an observation that the introduction of these pathogens is linked with inadequate unsafe water supply, sanitation and solid waste arrangements entrenched in the low income informal settlements of Nairobi, where more than 60% of its residents live. Such lack of essential infrastructural lifelines provides space for endemic conditions, exposure pathways and risks for many communicable diseases, including the microbial diversity the project is focusing on.

Within this context, DPU joined forces with our project partners in Nairobi, ILRI, APHRC and Munganno wa Wanavijiji Trust to gather community led evidence on what food are sold in five informal settlements and how food vending sites are exposed to those multiple pathogen transmission pathways. Balloon-mapping and other novel mapping techniques have been used in combination with focus group discussions to explore vendors’ practices, challenges, and opportunities for promoting food safety. We are also mapping the location relative to waterways of informal settlements, as well as producing an institutional map of relevant city-wide and national institutions, actors, norms, practices, interactions, their (in) adequacies and complexities around infrastructure provision (water, sanitation and solid waste management) that promotes and perpetuates such entrenching pathogenic conditions in many parts of Nairobi, which has its historical roots in colonial times. In addition, the DPU have been capturing perceptions of planners and scholars on how historical and current city/regional development patterns and processes might be influencing livestock production spaces and their typologies in and around the city.