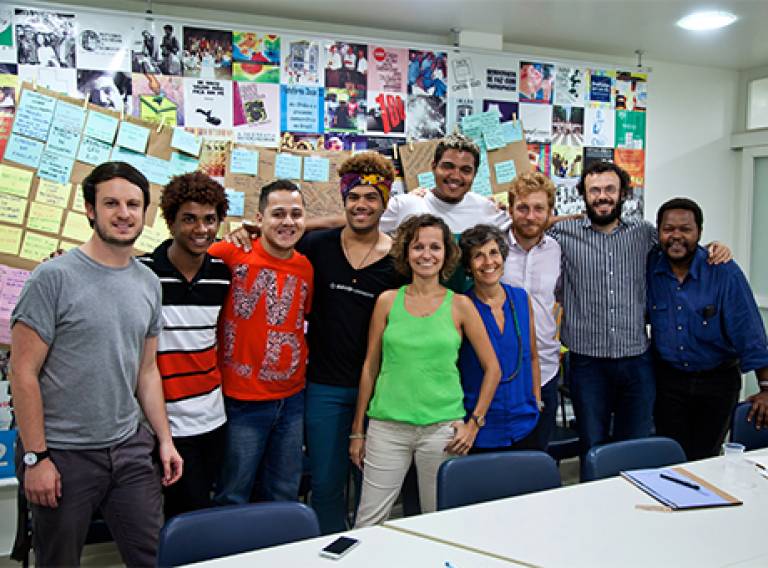 DPU partner Ibase (the Brazilian Institute for Social and Economic Analyses) is developing a campaign to address the legacy of the Olympics Games in Rio de Janeiro, building on its strategy of active citizenship in order to strengthen favela organisations and networks and to advocate for an inclusive, diverse, and participatory city.

In 1996 Ibase put together a social agenda with the objective of discussing the potential legacy of Rio de Janeiro’s bid to host the Olympic Games. One of its key targets called for favela upgrading and integration into the city. Rio didn’t win the bid on this occasion, but the social agenda gathered great support from civil society, governments and the private sector, and had repercussions for years to come.

Twenty years later Rio is now poised to host the mega-event this summer. Within this context DPU, represented by Alexandre Apsan Frediani and Alexander Macfarlane, joined Ibase and a group of young volunteers from the favelas of Borel and Providência to debate the topic, interview key informants (slum and city dwellers, social movements and governmental representatives) and realise a workshop. A more detailed reflection of the workshop can be read in an insightful blog post by Ibase’s Mariana Dias Simpson (DPU Alumni). 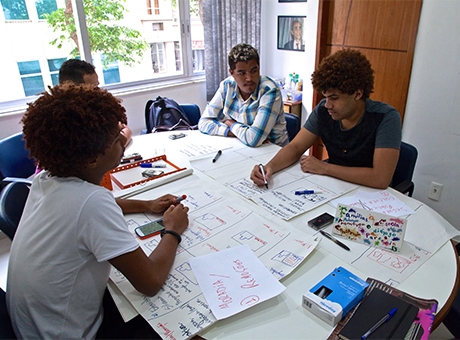 As part of a drive to develop a methodology to embed digital media into research processes, a set of interviews was prepared in order to trigger discussions at the final workshop held in Rio de Janeiro. The short video is based around the narratives that emerged around the three issues identified, namely a) the pressing threat of eviction and gentrification felt in favelas; b) difficulties in freely accessing the city; c) the fact that favela culture and identity is being curtailed by public security policies. The video is available through our YouTube channel, and can be viewed below.

In addition, as an exercise in participatory video, the youth group consisting of Cosme Vinícius Felippsen (Providência/ Rio de Janeiro’s Youth Forum), João Batista (Providência/ UFF), Luiz Henrique Souza Pereira (Borel) and Renan Oliveira dos Santos (Borel-Formiga/ UFRJ) produced a video of their own. Following a workshop held at Ibase, the youth group were given video cameras, trained in basic video techniques, and finally produced a storyboard for their film. They then spent two days collecting footage, which was edited and also shown in the final workshop.

Three months have passed since the initial workshop was held in Rio.

Since then, Ibase is building on that initiative by taking forward actions suggested by participants of the world café workshop run with DPU. Actions will have the aim to strengthen existing favela organisations and networks through political training and through the co-creation of campaign to be disseminated in a creative and innovative ways. Some of activities proposed include occupation of educational, public and virtual spaces, promoting encounters of differences and influencing public debate on the city from the perspective of favela residents. 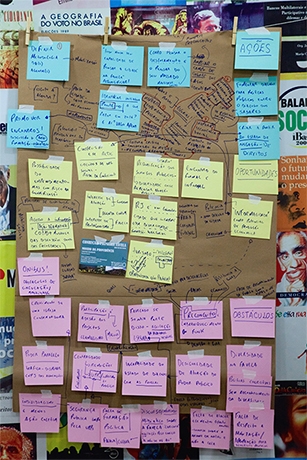