Mapping for Action: Towards a 'Just' Lima Without Risk 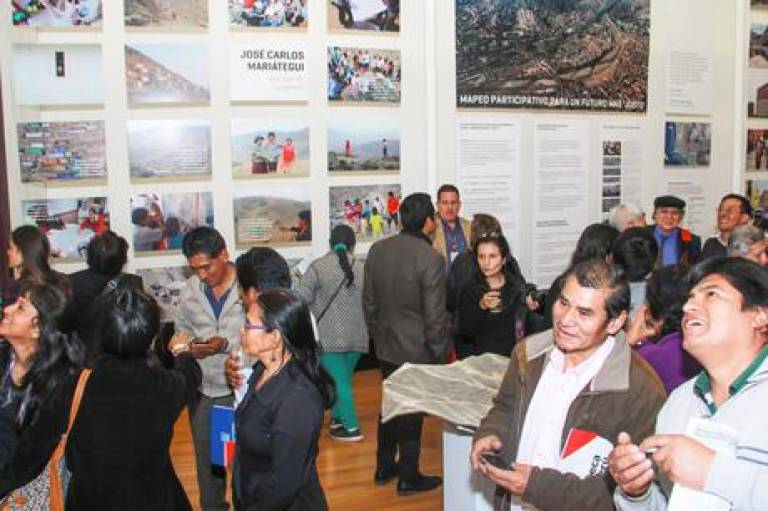 The ReMapLima and cLIMA sin Riesgo projects launched an exhibition to showcase the accomplishments of participatory mapping processes and signed an agreement of cooperation to develop an Observatory of the Historic Centre of Lima.

The opening ceremony for the Participatory Mapping for a Socially and Environmentally Just Future exhibition was held in Lima on October 28 2015 to illustrate the advancements of mapping processes of the action research projects ReMapLima and cLIMA sin Riesgo. Both initiatives are led by the Development Planning Unit (DPU), in collaboration with CENCA, CIDAP, Foro Ciudades Para la Vida, UN-Habitat, and with support of the Ministry of Culture of Peru. The event gathered many of the neighbours and organisations who have actively contributed to the process since 2012.

The exhibition explores the potential of using advanced technologies in conjunction with the participatory mapping of urban development in order to facilitate the advancement towards just and resiliant neighbourhoods, both in Lima as well as in other cities.

Participatory Mapping for a Socially and Environmentally Just Future demonstrates the results attained through collaboration with local communities in two districts of Lima - Barrios Altos in the historic centre, and José Carlos Mariátegu on the periphery of the city. The use of innovative technological tools, such as drones, made it possible to produce two and three-dimensional images and visualisations of the negative processes that affect the city and its population. Mapping in this way aims to foster the co-production of knowledge for action, and create opportunities to progress towards goals set between marginalised citizens, city planners, and public authorities. 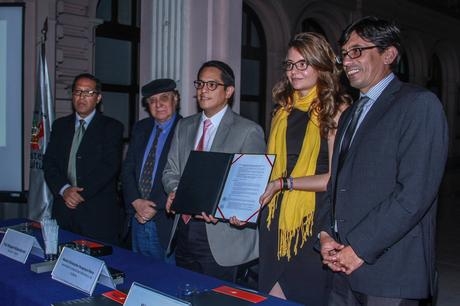 Neighbours, experts, Peruvian universities, public authorities, and civil society showed their interest during the course of the event, creating new opportunities to consolidate alliances for collaboration in the cLIMA sin Riesgo project.

At the event it was also publicly agreed to sign an Agreement of Cooperation between the DPU, the Ministry of Culture of Peru, UNESCO and CIDAP to launch the Observatory of the Historic Center of Lima. The Observatory will be developed as an informative platform that seeks to expand the participation of citizens and key stakeholders to support the recovery of a "living and inclusive center" with a better quality of life for its inhabitants, preserving the residentiality and historic value of the area, and making Lima a socially and environmentally just city. Other material which complements the exhibition is available through the links below:

Spanish Video Interview with Adriana Allen, the Principal Investigator of cLIMA sin Riesgo,  about the importance of amplifying knowledge of everyday and episodic risks and the objectives of the project: