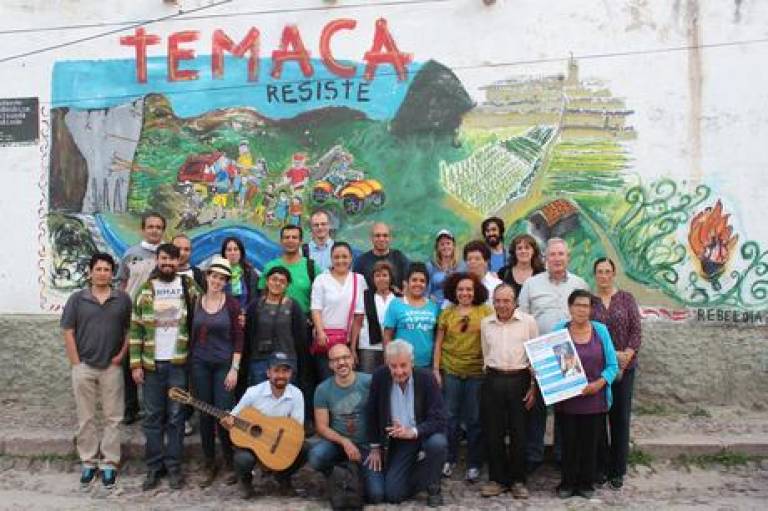 DPU's Étienne von Bertrab, together with Irene Bonilla (in picture) from the Mexican Institute for Community Development (IMDEC) participated in the VII Meeting of WATERLAT-GOBACYT, quite a unique network that brings together academics, activists, unionists and peoples in resistance from Latin America and beyond. It took place in Guadalajara, Mexico's second city and was hosted by ITESO University. It was the largest meeting so far in terms of the number of participants, countries of origin and institutions and organisations involved.

Perhaps this is a reflection of the state of water resources in the region (as a result of destructive mining practices, fracking, industrial pollution, and a new wave of large dams being built) and the effects of neoliberalism when it comes to water and sanitation services. 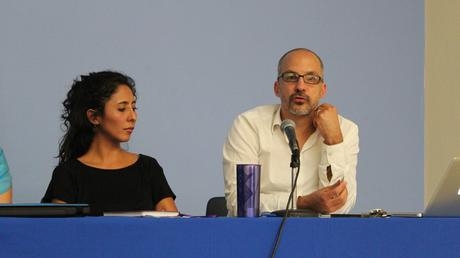 The week-long encounter included visits to places of struggle, panel discussions and workshops, mostly focused on action via participatory mapping and video. But perhaps the most significant moment was the 'Conversatorio Publico’, where representatives of peoples in struggle gave their testimonials, giving those present a clear sense of the gravity of the situation faced by indigenous peoples, rural communities and the urban poor. The UN Special Commissioner for the Human Right to Water and Sanitation was also present. A declaratory produced by the participants is under review and will be made public soon. Keep an eye on Waterlat.org and visit the YouTube channel for videos of the sessions and interviews. 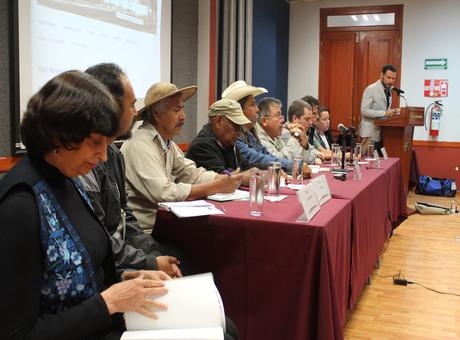