These discussions began at Monday’s Annual General Meeting of Habitat International Coalition (HIC), a global network for the right to habitat and social justice. HIC has advocated that Habitat III be as inclusive as possible and that it generates a new “Habitat Agenda” that recognises the rural-urban continuum within a human rights approach.

In this meeting, Alexandre Apsan Frediani and Rafaella Lima from The Bartlett Development Planning Unit presented outcomes from collaborative research with HIC, which focuses on the Habitat III national reporting processes.

The research assesses the production of Habitat III national reports in eight different countries in terms of civil society participation and the extent to which available draft reports address the Right to the City. HIC President Lorena Zárate, states that the findings from this work will inform HIC’s advocacy campaigns and help generate a comprehensive framework through which civil society groups can hold to account the actors involved in Habitat III processes. 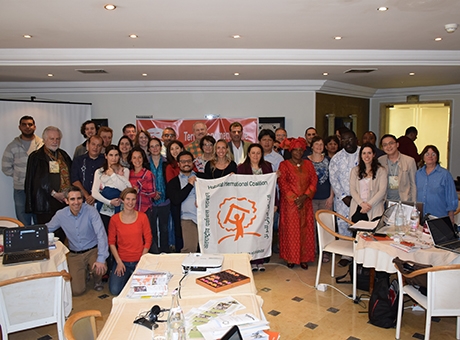 Wider initiatives on urban futures within the HIC network

This collaborative HIC-DPU project emerged out of a wider set of initiatives in HIC’s network that were also presented at the Annual General Meeting. The Instituto Pólis in Brazil presented the Global Platform for the Right to the City, which aims to generate debates on the Right to the City to influence national and international agendas such as Habitat III.

Another presentation centred on an approach for City Region Food Systems to bring together sustainable city development with food systems, which HIC hopes to mainstream through Habitat III, especially to address rural-urban linkages.

UrbaMonde presented their engagement around the “social production of habitat”, a concept that could complement the UN definition of adequate housing, as it focuses specifically on the mode of production, highlighting the importance of community-led housing processes.

On the need to build institutional memory

In addition, the HIC Housing and Land Rights Network talked about the importance of assessing progress towards Habitat II commitments made in Istanbul in 1996. A discussion ensued on the importance of building institutional memory among civil society actors, so that future Habitat Agendas build on the learning generated by previous processes.

A big lesson from Monday’s discussion is that Habitat III is an opportunity to reflect on the Right to the City and mechanisms to make this right a reality. This will extend far beyond the 2016 Conference; as one participant stated, “Hay vida antes y después de Habitat III” - “There is life before and after Habitat III.”