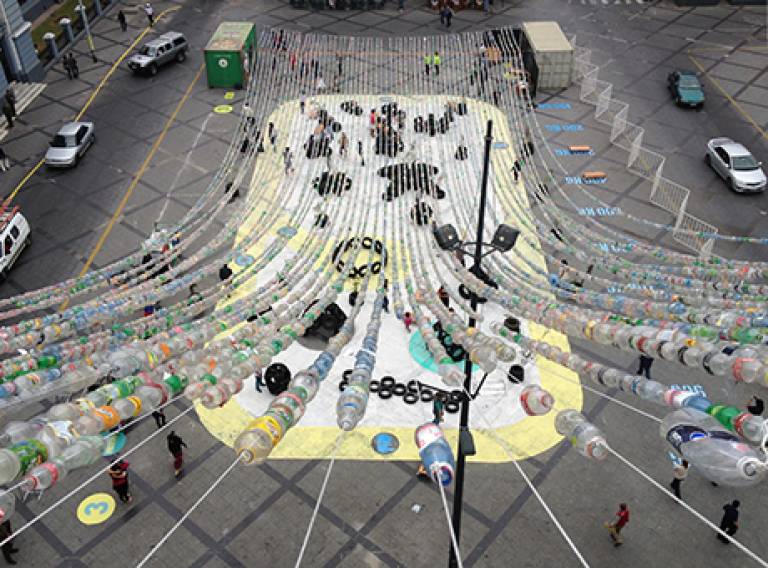 BUDD alumna Marisol Garcia (2010-11) with Ciudad Emergente, a collective practice based in Santiago (Chile), is featured as an example of Tactical Urbanisms for Latin America in the exhibition Uneven Growth, Tactical Urbanism for Expanding Megacities at the New York Museum of Modern Arts, open until May 2015.

'The project “Recycling Plaza,” commissioned by the National Council of Culture and Arts, was built in Valparaíso in January 2012. The starting point was to validate a pair of hypotheses: Is it possible to recycle thousands of plastic bottles in a city where there are no recycling habits, adequate infrastructure, nor an established recycling system? Would it be possible to co-produce a public space with citizens transforming trash into something valuable?

As Niki Angelis, a BUDD friend & colleague, explains in an article in the Open City Blog, “the Recycling Plaza was borne out of a need for greater awareness and practice of recycling in the area”. In a month, we collected more than 12,000 bottles with which we made a high-impact intervention in an important central space in the city. This under-utilised space was filled with life for a few days and the intervention helps to raise awareness about the problem and make the community to share ideas about the improvement of their environmental impact' 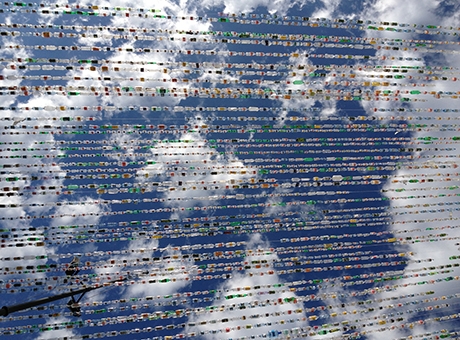 Ciudad Emergente, was born as a tactical practicea few months after Marisol complete the MSc BUDD. She defines it as a lab of tactics and tools for human-centered cities to improve quality of life through civic engagement. Ciudad Emergente is dedicated to developing, adapting, and implementing instruments - along with analogue and digital services of civic cooperation - that facilitate the effective communication between decision-makers and civic society.

Talking recently with the BUDD Course Director Camillo Boano she explains that "We articulate local processes of citizen activism and help strengthen the social capital of communities."

She reflects on her time studying at the DPU, "The BUDD programme provided me an opportunity to investigate the connection among the social and spatial aspects of architectural practice, as well as making me to look into the critical role everyday people have in place-making."

All those ingredients have been mixed up with local knowledge, insights and even complicated restrictions to motivate Ciudad Emergente to create projects that enable citizens to take charge and become co-responsible for their neighbourhoods and cities.