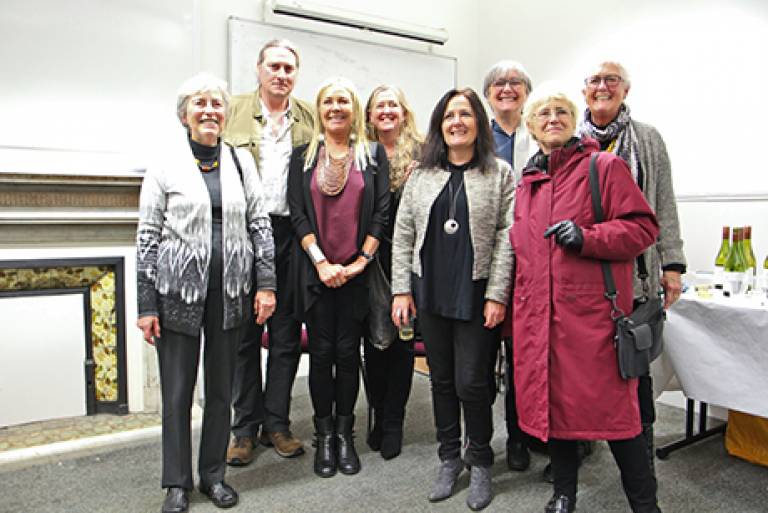 Following a welcome by Caren Levy on behalf of the DPU, Caroline described the book’s origins in a Ford Foundation-funded networking event at the 2014 World Urban Forum 7 (WUF7) in Medellin, Colombia, in which four of the contributors participated. She highlighted how the book’s co-production methodology facilitated contributors to reach a shared position on the conceptual framework – a nexus linking gender, assets accumulation and transformational pathways to just cities. She also identified the book’s current significance in two respects.  First, the exponential increase in donor aid for cities in the Global South as drivers of sustainable development increases the challenge to better document how asset accumulation that empowers women is, or is not, a pathway to the transformation of structural gender power relations that perpetuate gender inequality.  Second, the New Urban Agenda associated with the stand-alone urban Sustainable Development Goal (Goal 11), along with the upcoming Habitat III conference, provides the opportunity to contest  ‘gender mainstreaming’, through evidence and analysis of the ways in which women, individually and collectively, not only empower themselves but also effect transformative change. 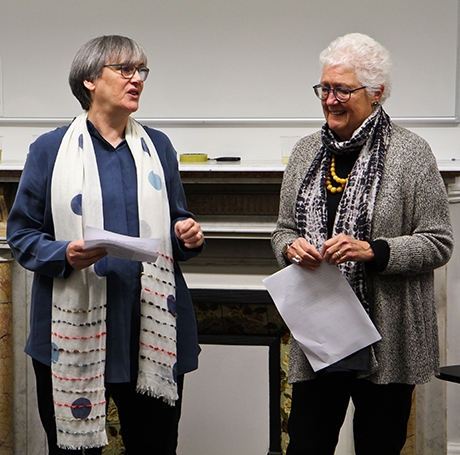 Diane Elson (far left, image below), Emeritus Professor at the University of Essex and globally recognised feminist economist, then discussed the book’s current relevance and contribution. She noted that although there has been considerable work on gender and rural assets (particularly land), this has not been as well documented in urban areas. She commented that the book’s emphasis on ‘bottom up’ rather than ‘top-down’ processes in asset accumulation is particularly noteworthy, as is the focus not only on individual but also on collective accumulation processes, often far more important in transformative processes – a theme which runs though different chapters in the book. She found the book’s holistic scope of specific importance and applauded the fact that is goes beyond the well-trodden focus of women’s empowerment around micro-credit (or ‘micro-debt’ as she called it) to embrace physical assets with chapters on housing as well as on critical public urban infrastructure including transportation and basic services. Of particular significance for her was the debate, not just about asset accumulation, but also around the erosion or destruction of individual and collective assets associated, for example, with violence and also with disasters. 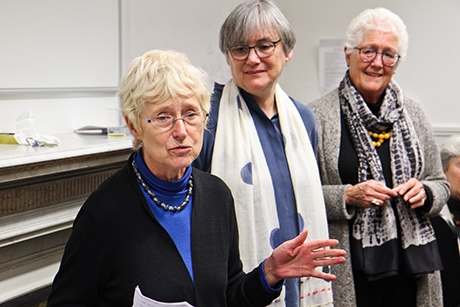 Finally, three of the book’s contributors present, provided reflective comments on the relevance to them of the book’s framework and its associated co-production process. All referred to ways in which the framework allowed them to systematically rework previously undertaken research. Carole Rakodi described the challenges of turning a donor report into a substantive chapter; Cathy McIlwaine highlighted stages in her asset research from an early partnership with Caroline, through to this collective collaborative process; and going forward, Sarah Bradshaw elaborated how the asset framework is providing a common language for academics from different disciplines working collaboratively in the field of disasters. In total, six of the eleven contributing authors were present at the launch, making this a unique occasion in which most of the prominent Northern gender urbanist researchers were together in one space.  The lively discussion between researchers and students bore witness to this fact that this was a particularly memorable occasion.