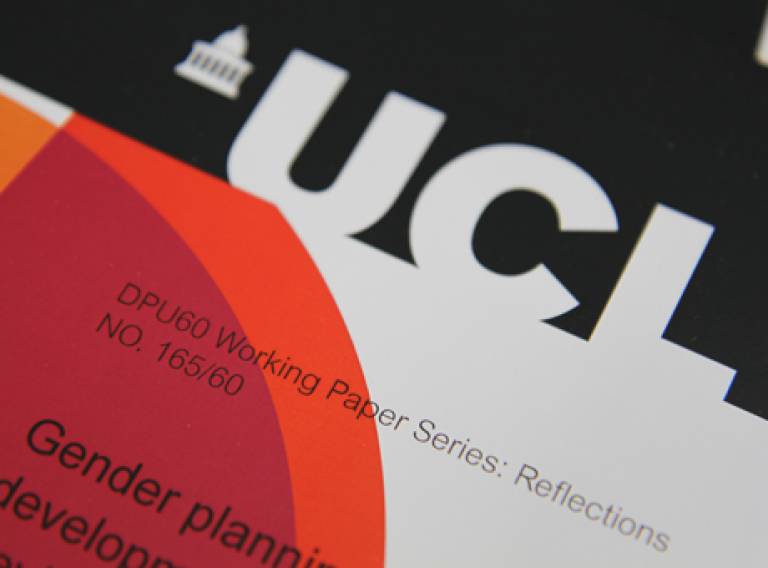 As the DPU60 Anniversary conference begins, and three days of discussions on the future of development planning get underway, we are delighted to announced the launch of the DPU60 Working Paper Series: Reflections.

In line with the overarching theme of the DPU60 Anniversary celebrations – Looking Back, Looking Forward – the series seeks to cover a range of topics that have been and continue to be central to the DPU’s work, from the vantage point of some of the key historical actors in the debate.

The contributors are former DPU staff; the series has been developed in partnership with DPU Associates, a network which brings together former DPU colleagues who maintain a close relationship with current DPU teaching, research and consultancy.

The first round of publications, launched to coincide with the beginning of the DPU’s 60th Anniversary Conference, features papers from Desmond McNeill, Adrian Atkinson, Caroline Moser, Babar Mumtaz, Patrick Wakely and Nigel Harris.