Between 2nd and 4th July 2014 the DPU welcomed over 200 participants to our anniversary conference Thinking Across Boundaries: Re-imagining Planning in the Urban Global South. The conference is the centrepiece of our anniversary celebrations, which marks the DPU’s 60 years of education, training, research, consultancy and knowledge sharing in urban and regional development policy and planning in Africa, Asia, Latin America and the Middle East.

The event opened on the evening of Wednesday 2 July in UCL and continued at the British Medical Association on the Thursday and Friday. Eight sessions were held in total, on a variety of themes including urban inequality and informality; participation in urban design and planning; governance relationships between state, the market and society; urban development and aid; environmental planning and governance; gender and intersectionality; and urban planning education. 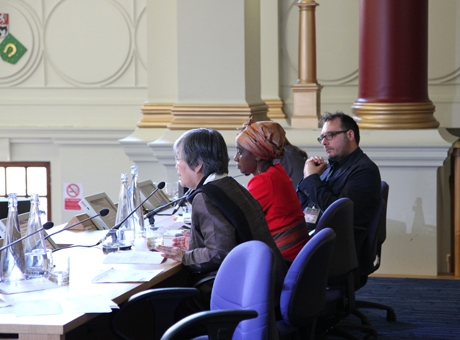 As the title of the event suggests, the guiding theme of these sessions and indeed the conference overall was the need to think about the kind of boundaries that we face, and that might need to be crossed in order to re-imagine planning in and with the urban global south.

Summaries of each day of the conference can be viewed on our blog:

Podcasts of the sessions will be released later in the summer. 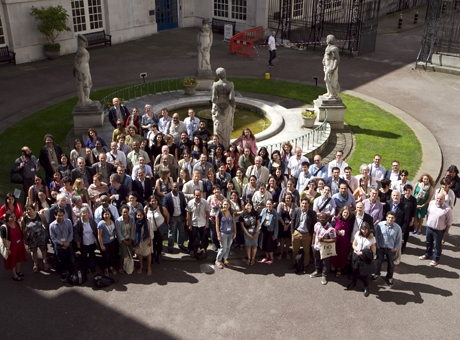 The conference also saw the launch of a number of other projects and initiatives:

In the week leading up to the event we launched a three-part series of films called Thinking Across Boundaries: Planning Dilemmas in the Urban Global South. These responded to some of the key questions that we have been reflecting on in our anniversary year:

As the conference began we unveiled a special series of DPU Working Papers called DPU: Reflections. These papers, of which 6 have been launched initially, have all been written by former DPU staff, who reflect upon their primary fields of study.

During the conference participants were given a copy of The DPU’s First 60 Years: A Short History, which builds upon the booklet produced by former DPU Director Professor Patrick Wakely for our 50th Anniversary. A series of interviews, called Looking Back, Looking Forward, was also on show throughout the event. In these videos former DPU staff share their experiences of working in the field and in the department – the interviews hope to capture the legacy of those who helped make the DPU what it is today. Both the Short History and the Looking Back, Looking Forward videos will be made available online later in the year.

The conference also featured an exhibition by current DPU PhD students called Theses Across Boundaries, which reflected on the boundaries faced in their doctoral research through a poster installation. 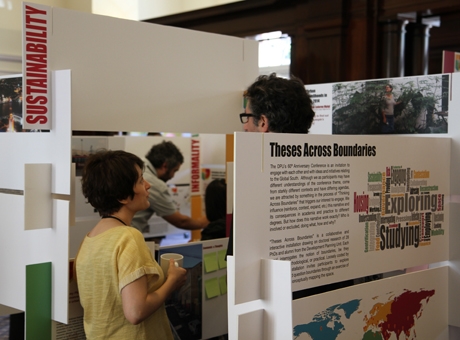