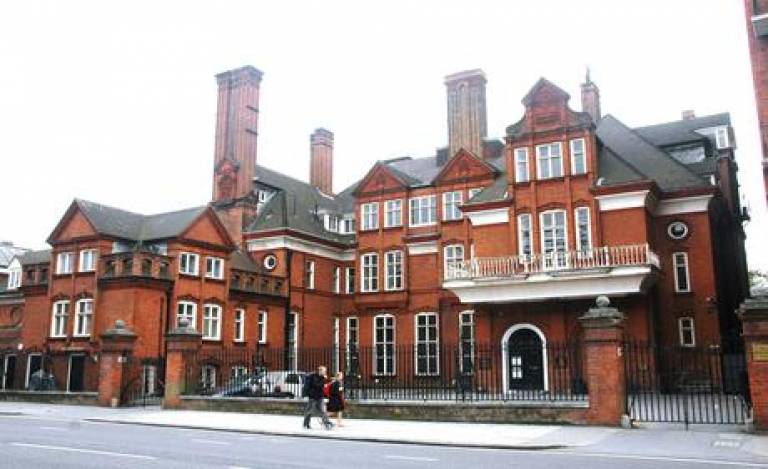 Between 28 and 30 August, several members of DPU staff attended and contributed towards the Royal Geographical Society Annual Conference 2013. The encompassing theme of the conference this year was 'New Geographical Frontiers'.

The DPU hosted a panel session entitled Thinking Across Boundaries: Planning Dilemmas in the Urban Global South on the Friday afternoon. The session came shortly after the launch of this new research initiative by the DPU, which seeks to critically reflect on theory and practice in development planning debates, asking key questions such as why is it called the ‘urban global south’?; what kind of urban theory is required?; what kind of planning and praxis?

The Panel, chaired by the DPU’s Caren Levy and consisting of Adriana Allen (DPU), Edesio Fernandes (DPU Associates), Aromar Revi (IIHS) and Mark Swilling (Stellenbosch University), discussed these fundamental questions. Further contributions in the genesis of this project have been assimilated into a short video, read more about the project and view the discussion here.

Liza Griffin convened three sessions at the conference, posing the central question: Governing Resilient Communities: What’s at Stake?. The first session focused on Governing the Subject, another on issues of Power and Democracy and the final panel examining the possibilities for Building Community.

Together the panels critically explored the politics involved in attempts to make communities resilient. They comprised 13 papers addressing both theoretical issues and case studies, and ranged from a focus on grassroots urban resilience strategies in Accra to an exegesis on government finance initiatives in Swansea Bay. The panels generated lots of interest with a large audience keen debate with the paper givers on the nature of community resilience today and whether it is a useful strategy for thinking about how people might deal with risk in the 21st Century. Liza chaired two of these sessions and presented a paper of her own entitled ‘A Post-Political Critique of Resilient Communities’.

Matthew Wood-Hill presented some of the findings of research undertaken as part of the 2012 ‘Whose Olympics?’ project. His paper, given in a session that explored Olympic Legacies and Sustainable Urban Development: London 2012, was entitled London’s Open Spaces and the 2012 Olympic Games, and questioned the longer-term impacts, in planning terms, of open (usually public) spaces being temporarily used for Games stadia, support infrastructure and festival sites.

Rosalina Babourkova-Horner presented a paper entitled ‘Network ghettoes: the discursive regulation of electricity access in Bulgaria's Romani settlements’ as part of the Energy Geographies Working Group-sponsored session, The Contested Politics of Urban Electricity Networks: Insights from Urban Infrastructure Studies. The paper reports some of the findings from her PhD research, which is on going.