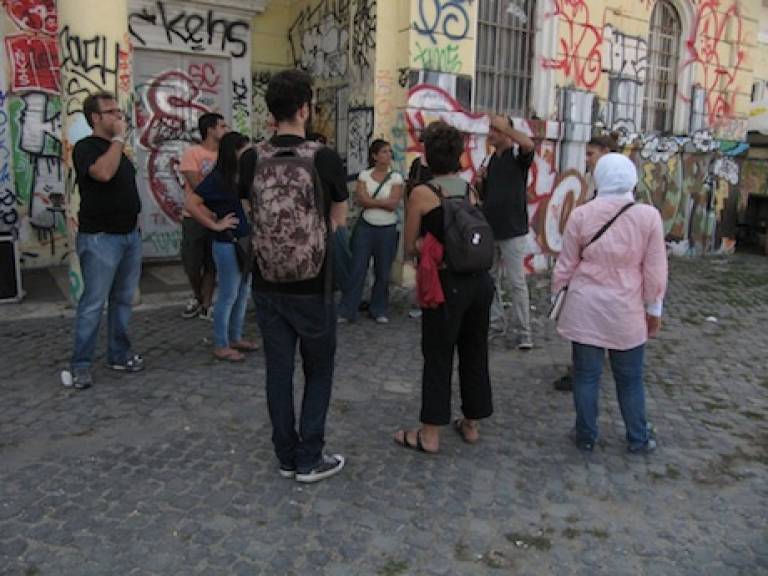 The second annual summerLab Rome-Occupation City is now underway in the Italian capital once again ran in collaboration with Francesco Careri of Stalker/Roma Tre University.

Camillo Boano, William Hunter, and Giorgio Talocci are representing the DPU in leading 10 participants from Lebanon, Switzerland, Mexico/US, Portugal, and Italy on this week-long urban workshop focusing on occupied spaces throughout the city. With particular attention given to the occupation of a former military base at Porto Fluviale, the workshop team is investigating ways in which the residents can achieve a heightened sense of acceptance in the area while promoting a degree of public awareness through the "opening" of their inner courtyard as a "shared" space for the city.

Critical mapping techniques are being employed alongside historical photo archive analysis and first hand accounts in order to give rise to various interventions and strategies that would capitalize on the use of space and activities for the residents as well as the entire neighbourhood and beyond.