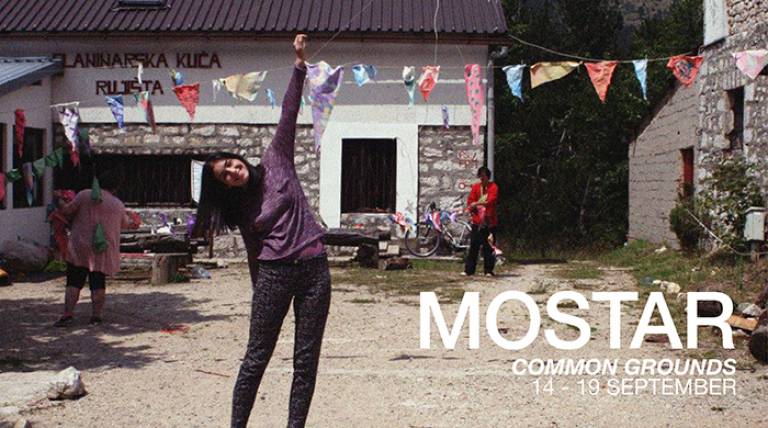 Mostar has been a contested city for the last two decades. The division was brought about by the complex legacy of the conflict that led to the dissolution of Yugoslavia, and the consequent redefinition of internal and external borders of the newly independent state of Bosnia and Herzegovina (BiH).

Despite the absence of a physical barrier, everyday life and everyday spaces results secluded and divided. At the moment, important projects implemented towards the promotion of peace and reconciliation are led by grassroots organisations that promote bottom-up strategies to re-think the future of Mostar, as well as Bosnia Herzegovina as a whole.

During the summerLab, we worked with the Youth Club Prosvjeta, a local NGO, to propose new design strategies for Ruište, a pre-war recreational resort located 30 km above Mostar. Today, large areas of forest have been lost to fires in the summer, while many weekend houses built illegally, threaten the unique eco system and compromise the public nature of the place.

The space is primarily used by local hikers and hunters, who sustain their common infrastructure there (mountain house, walking tracks, huts, etc) and the touristic community of Mostar (ski infrastructure). In particular, we worked with the organisers of ZemFest, a summer festival supported by Prosvjeta that aims at involving the youth of Mostar in different ecological, artistic and recreational activities.

Prosvjeta has sought to build on this summerLab experience to devise concrete and holistic strategies to reclaim  Ruište for cultural activities, and to create infrastructures able to host new and innovative projects. Participants have been challenged to think such strategies at multiple scales, grounding them in the wider and complex picture of Mostar’s manifold realities.