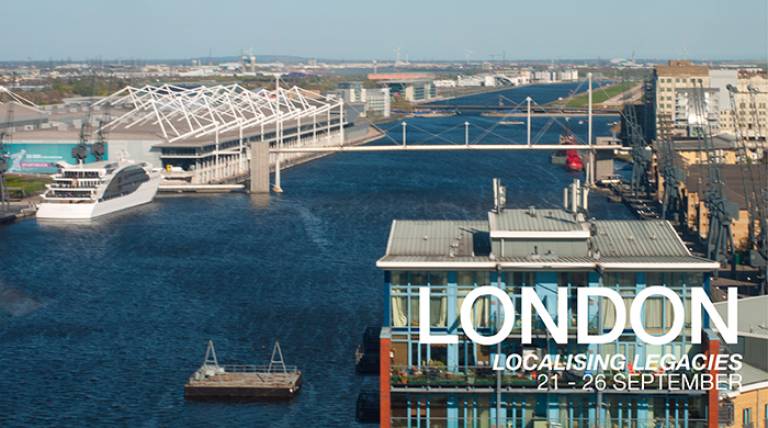 While the 2012 Olympic Games’ legacy is still fiercely influencing East London development, various pockets of this fluctuating area are already at work to reclaim their place and identity in the midst of capital-driven schemes.

The Olympic Village and its satellite developments – in the immediate surroundings and further away following the so-called Newham’s ‘arc of opportunity’ – are only one side of the so-called ‘London Legacy’. On the other side, we see areas containing informal living, buildings that have been squatted, demographic data that remain mostly unknown.

The third edition of London summerLab Localising Legacies has focused on the arc of opportunity’s southernmost chunk, the Royal Docks, and grounded in their current contested transformation. We have aimed to investigate the manifold emergent urbanisms, grassroots organisations, community associations that are struggling to constitute as an alternative to the top-down vision of the Council of Newham and the Mayor of London.

Such vision pushes toward a comprehensive regeneration of the Docks, seeing them as “an exciting new business destination”: it has so far attracted foreign investments materialising in developments such as The Siemens’ Crystal, the Emirates’ cable car, the ExCel (now Abu Dhabi Exhibition Centre) and the Asian Business Port.

The Royal Docks are becoming a paradigmatic example of London’s wider urban transformation, with big investments boosting a global image of the city while many residents are left excluded or forgotten in a landscape where social deprivation, lack of services, increased rents and high rates of unemployment represent the strongest challenges to their everyday life.

The summerLab has sought to make such contradictions and conflicts visible and tangible: participants got immersed into the Docklands’ emergent realities through explorations to new landmarks, neighbourhood journeys, citizens’ and communities’ inputs. The workshop has configured as platform to favour the encounter of such realities and the design and enactment of a possible new collective and alternative narrative.