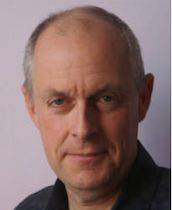 I came to the Development Planning Unit (DPU) after a career of more than 30 years in magazine publishing as a journalist, editor and publisher, followed by a number of director-level roles.

Upon graduation of my MSc degree in Environment and Sustainable Development (ESD), my intention was to find a role with an environment or development NGO in London, either as a communications specialist in a larger organisation or running a smaller one.

In both cases I expected to be able to ‘sell’ my transferable skills and experience from the commercial world to an employer in the third sector. But I rapidly found that this was a highly competitive employment marketplace, especially in Autumn 2008 when redundancies in commercial organisations were widespread, meaning that many more people were looking to the third sector, and third sector budgets were also tightening. In addition, there are now plenty of people who have built careers in London-based NGOs and had more relevant experience than mine. I suspect, though I had no direct proof, that my age (55) was also an issue.

So in late 2008 I decided to set up my own communications consultancy - ERD Associates Ltd. I started actively networking and during December set up a number of meetings for January 2009. The key thing that I learned was that your network is not who you know. Most importantly, it is whom the people that you know know. And the aim of every meeting or cup of coffee with someone that you know has to be to get them to recommend you to at least two other people. Recommendations open doors and get you meetings that you would not otherwise get.

It’s a truism, but people buy people and they like to work either with people that they know, or who come recommended by people that they know and trust. As a consultant I believe that my age and experience turned from being a liability to being an asset. NGOs that did not want to take me on as a full-time employee were happy to talk to me about doing a project, or even becoming a trustee.

Writing in March 2009, it is still early days, but through friends of friends I have met a lot of interesting, friendly and helpful people and already have a lot of work to do. Some of it is back in the media world where I have a lot of relevant experience to offer. Some of it is pro bono with NGOs as I have actively set about offering myself as a volunteer in the skills area that I want to work in – communications and marketing. Some of it is ‘at risk’ work where I will earn money if the project (fund raising in this case) is successful. And I am now a trustee of a small NGO called PhotoVoice that works in the field of participatory photography - http://www.photovoice.org.

Overall, there is no doubt that the move to running my own small business has been a success. You can visit me here: http://www.erdassociates.com