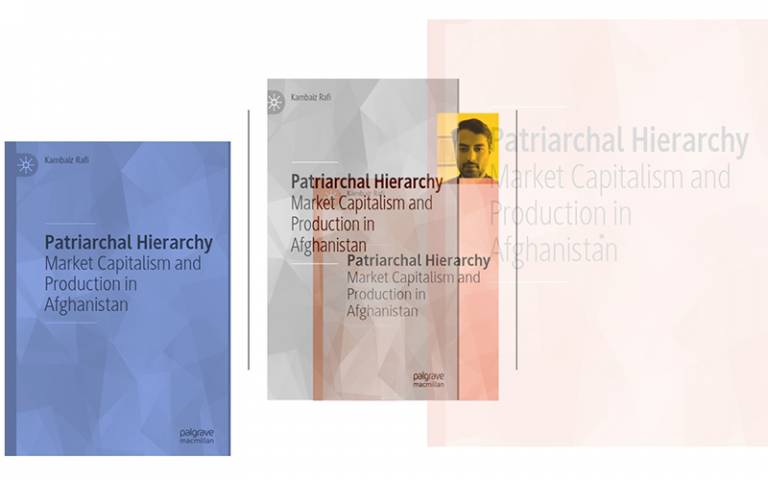 The event discusses a book by Dr Kambaiz Rafi which is derived and builds on his PhD research on manufacturing activities in Afghanistan that he completed at DPU in mid-2021. Dr Rafi is now an ESRC post-doctoral fellow at SOAS Development Studies.

The book is the product of Dr Rafi’s nearly four years of research. It analyses extensive empirical data gathered in the field during a year in Afghanistan in 2018. The book’s theoretical contribution takes aim at the methodological foundations of market-led economic policy. This approach to economic development has been advocated by international financial institutions since the 1970s-80s, and was implemented in Afghanistan as part of the state institution (re-)building during 2001–2021.

The book draws on debates in institutionalist political economy and economic sociology (mainly concepts developed by Pierre Bourdieu) but, importantly, deals critically with epistemological issues in how individual economic interest is theorized in contemporary economics, with implications that are seen in practice. The book’s empirical component focuses on manufacturing activities as one area of investment, examining individual motivation to invest in an environment marred by insecurity. It is of great importance to political economy of development to learn the implications of a market-oriented ‘non-intervention’ policy for manufacturing sector in a country which arguably witnessed the inflow of unprecedented international financial and human resources among least developed economies in the recent history of such outside assistance.

While much attention has been devoted to the security aspects of the US-led campaign in Afghanistan, the book attempts to fill a gap by focusing on the technical aspects of economic policy. The book event can be an opportunity to also discuss the wider implications of Afghanistan’s political economy during 2002-2021 after more than a year since the former political system’s collapse.