Healing and rebuilding Beirut: Lessons from a city demanding political and social change 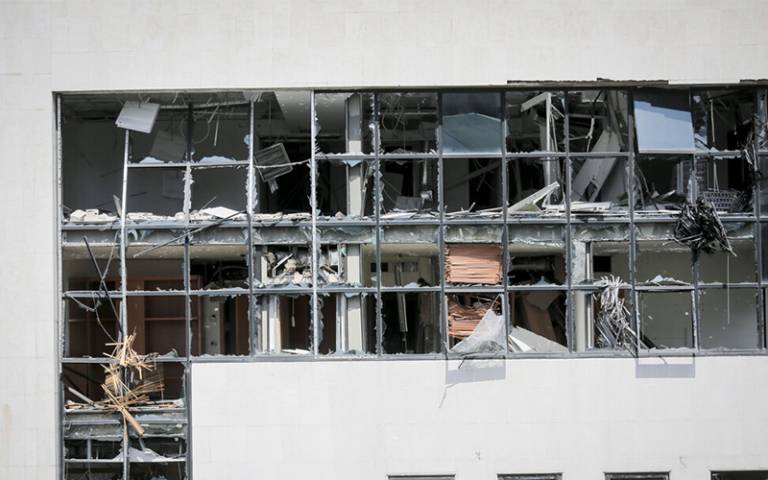 Mia Atoui is a Clinical Psychologist and the Co-founder and President of Embrace, a leading mental health NGO in Lebanon. She has worked in the field of mental health in Lebanon for the past 10 years and is a published researcher in the field. Since 2013, she has been active in addressing stigma and awareness around mental health in Lebanon working in coordination with the Ministry of Public Health and multiple local and international organizations to lobby for equity of care in mental health, quality rights for persons with lived experience with mental illness, and implementing projects across sectors with the aim of improving mental well-being of individuals and communities. She has extensive experience in suicide prevention in Lebanon and has been leading and advocating for Lebanon’s National Emotional Support and Suicide Prevention and Helpline in Lebanon - Embrace LifeLine (1564). She is an active member in civil society and conducts trainings to local communities and organizations across Lebanon to build the capacities of first responders and health professionals in detection and prevention of mental illness, suicide, and psychological resilience and first aid among various vulnerable groups in the community.

Sari Hanafi is currently a Professor of Sociology at the American University of Beirut and editor of Idafat: the Arab Journal of Sociology (Arabic) and Chair of Islamic Studies program.  He is the President of the International Sociological Association. Recently he created the “Portal for Social impact of scientific research in/on the Arab World” (Athar). Among his recent books are: Knowledge Production in the Arab World: The Impossible Promise. (with R. Arvanitis). He is the winner of 2014 Abdelhamid Shouman Award and 2015 Kuwait Award for social science. In 2019, he was awarded an Honorary Doctorate (Doctor Honoris Causa) of the National University of San Marcos (the first and the leading university in Lima- Peru – established in 1551). (His website: https://sites.aub.edu.lb/sarihanafi/)

Abir Saksouk is an architect and researcher with a Masters in Urban Development Planning at the DPU. She has led projects in Lebanon under the banner 'Public Works': a research-based organization she co-founded with Nadine Bekdache. Abir's primary focus includes urbanism and law, social production of shared space, and right to the city of marginalized communities. Her writings - such as “Making Spaces for the Public: The Story of the Beirut's Dalieh” - bridge the gap between academia and activism. She is equally engaged in  developing forms of organizing, whether at the level of neighborhoods, syndicates, sectors, or regions. She is also co-founder of Dictaphone Group and a member of the Legal Agenda.

Nasser Yassin in an Associate Professor of Policy and Planning at the Health Management & Policy Department at the Faculty of Health Sciences at the American University of Beirut (AUB). He has been the Director of Research of the Issam Fares Institute for Public Policy and International Affairs since 2015 & serving as the Institute's Interim Director in 2019-2020. He chairs the AUB4Refugees Initiative that aims to bring together and build synergy among faculty in AUB responding to refugee crises.

The DPU hosts a lecture series titled Dialogues in Development in which a diverse range of speakers working in the field of urban development are invited to share and discuss their work.