Violence, health and everyday (non)life: Gaza and beyond 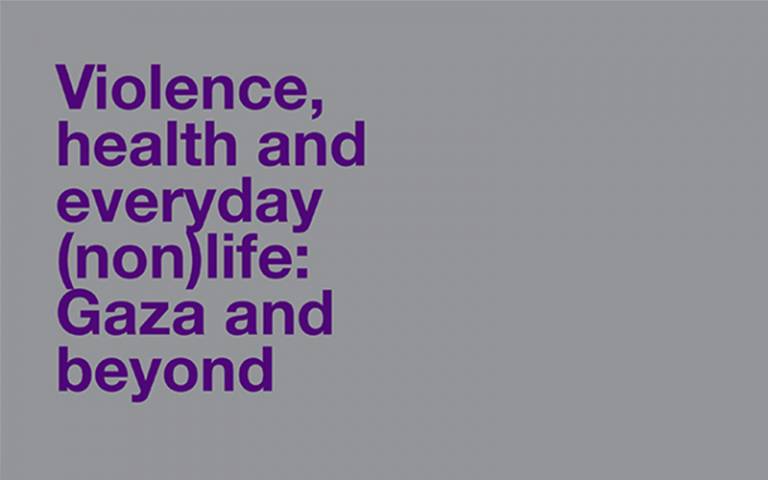 This conference and research are supported by the Wellcome Trust, the Bartlett Synergy Grant, the Department of Social Sciences and Business, Roskilde University and the Development Planning
Unit, UCL.

Cristopher Harker is an Associate Professor at the Institute of Global Prosperity, UCL. His current research examines spatial practices of debt and finance in Palestine and the UK. His forthcoming monograph, Spacing Debt: Obligations, Endurance and Impasse in Ramallah, Palestine will be published later this year by Duke University Press.

Michelle Pace is a Professor in Global Studies at Roskilde University, Denmark and Honorary Professor in Politics and International Studies at the University of Birmingham, UK. Her research and teaching interests are in the areas of political theory, psychology and philosophy, emotions in international relations, global politics, migration and postcolonial studies.

Haim Yacobi is a Professor of Development Planning at the Bartlett Development Planning Unit, UCL and  the Programme Leader of the MSc. Health in Urban Development. As an architect who specialises in critical urban studies and urban health he has published extensively on (post)colonial architecture, planning and development in Israel\Palestine, the Middle East and Africa.

Manal Massalha is an urban ethnographer and documentary photographer interested in urban health, urban conviviality, and (post)colonial studies. She is a Postdoc Research Assistant at the Bartlett DPU, UCL, and a Visiting Fellow at the Centre for Urban and Community Research, Goldsmiths. Massalha holds a PhD in Sociology from the London School of Economics and has previously worked for numerous UN agencies.

Ziad Abu Mustafa holds a PhD in Political Science from the University of Birmingham. His thesis is on the Causes of Palestinian Disunity 1993-2014. Between 2000 and 2006, Abu Mustafa worked as a journalist in Gaza.

Ash Amin is a Professor of Geography at Cambridge University. He is currently working on mental health in the city, involving casework in Shanghai and Delhi, and on a book in clashes of belonging in Europe.

Muhammad Shehada is a Palestinian writer from Gaza. He is a columnist at the Forward newspaper and Europe Regional Manager at the Euro-Med Human Rights Monitor.

Carolyn Stephens, Honorary Professor at the Bartlett DPU, is a Professor at the London School of Hygiene & Tropical Medicine. Her research focuses on social and ecological determinants of health and inequalities. Stephens works on both epidemiological and qualitative studies, and always in interdisciplinary teams.

Hamada Al-Bayari is a Humanitarian Affairs Specialist who has been working for the UN in Gaza since 2005. His Gaza team won the Award of Excellence for the best UN OCHA performing team in 2018.

Yasser Abu-Jamei, a Psychiatrist, is the Director General of Gaza Community Mental Health Programme. He was a member of the Task Force for Palestine’s National Mental Health Strategy 2015-2019. In 2016 he received the Alumnus of the Year Award from the University of Birmingham. He coauthored papers on integrating public health and human rights approach into mental health in the Gazan context.

Sara Halimah, an epidemiologist and trauma care specialist, is the World Health Organization (WHO) Trauma & Emergency Care Manager in the occupied Palestinian territoty. Prior to joining the WHO, she worked for various British medical NGO’s, including MAP-UK. Halimah holds an MSc in Political Theory from the London School of Economics and Political Science (LSE).

Abdulkarim Ekzayez is a Syrian medical doctor and epidemiologist. His work, at Kings’s College London, focuses on the impact of conflict on health and building health systems in conflict settings. He is involved in numerous research projects with other academic and policy institutes, such as LSHTM, AUB and Chatham House.

Shaymaa Al-Waheidi is a PhD candidate at King’s College London. Her PhD examines the issue of diagnostic and treatment facilities for women with breast cancer in Gaza. She is a research affiliate with R4HC-MENA (Research for Health in Conflict in the Middle East and North Africa). Al-Waheidi holds a Master’s Degree in Public Health from Oxford Brookes University.

Andrew Tucker is an Associate Professor and Deputy Director at the African Centre for Cities at the University of Cape Town. His current research explores social, political and health-related concerns affecting various sexual subjectivities across urban environments in the global South.

Omar Jabary Salamanca is a geographer based at the Department of Conflict and Development at Ghent University. His work lies at the intersection of urban studies, settler colonialism, political economy and Middle East studies.

Carlos López Galviz is a Lecturer in the Theories and Methods of Social Futures at Lancaster University, UK. He has published widely on 19th-century London and Paris. His recent publications include Global Undergrounds (Reaktion, 2016) and the monograph Cities, Railways, Modernities: London, Paris and the Nineteenth Century (Routledge, 2019).

Neve Gordon is a professor of human rights and the politics of international humanitarian law at the School of Law in Queen Mary University of London. He is the author of Israel’s Occupation (2008), and co-author of The Human Right to Dominate (2015) and Human Shields: A History of People in the Line of Fire (2020). 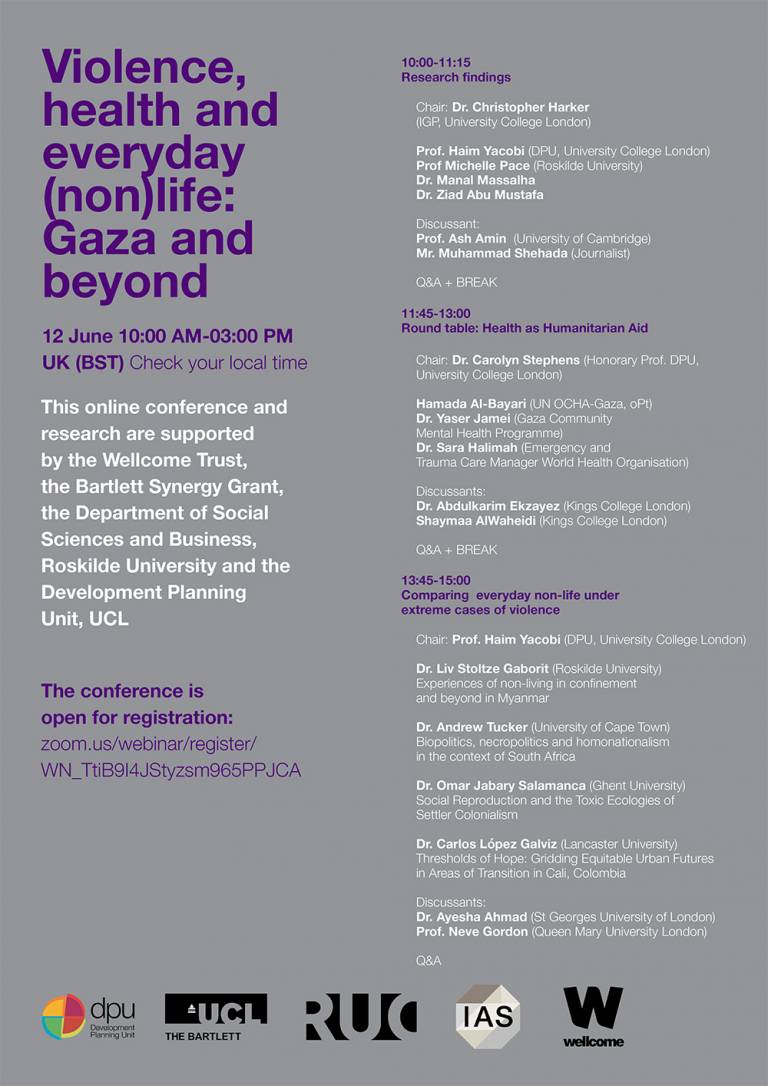