Professor AbdouMaliq Simone discussion on his book: Lives through an extending urbanism 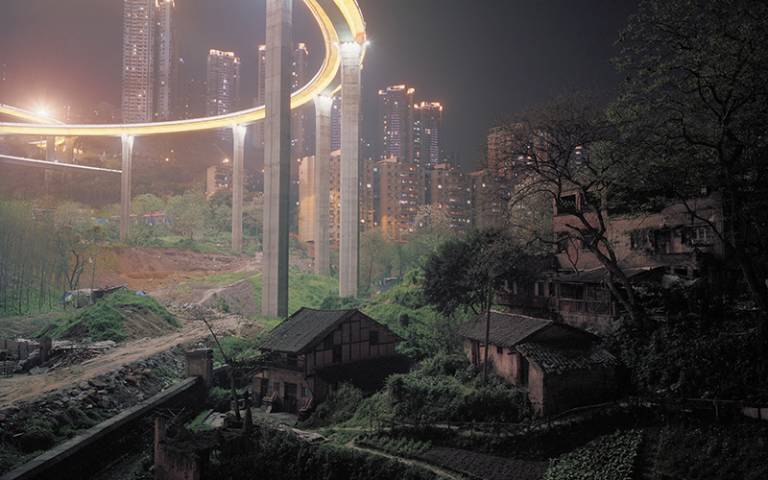 Professor Abdoumaliq Simone Discussion On His Book: Lives Through An Extending Urbanism

Join us for an Urban Transformations research cluster Dialogues in Development! We will be hosting Professor AbdouMaliq Simone (University of Sheffield) who will discuss his book 'Lives through an extending urbanism'

In the appelation of extended urbanization, Henri Lefebvre sought, with some precision, to grasp how urban processes replicated themselves across various landscapes, historical and socioeconomic situations. The conceptual conundrum was to identify how such processes entail a coherent series of maneuvers and logics without reifying the intensely malleable, shape-shifting ways in which urbanization functions to articulate and inter-callibrate divergent trajectories of spatial production. The conundrum is how to point to specific ramifications of relational density—the tying together and coordination of accumulation, resource distribution, political regulation, population movement, and territorial development—without necessarily fixing these ramifications to predetermined conceptual frameworks of exposition; to allow unanticipated implications of urbanization itself to feed forward into new understandings.

To be extensive is not only to impose or replicate but to, as well, extend, as in the sense of extending a hand, of offering something to the functioning of places, bodies and systems. Extended urbanization, then, not only signals the progressive unfolding of urbanization as a set of discrete processes but as a modality of extending, a means through which the operations of multiple systems and actors extend themselves to and through a world as a means to make themselves known, as well as endure.

Extensivity is far from being simply virtuous or destructive. It is a process that continually repositions what exists in a particular place, at times dissipating the sense of boundedness that permited particular forms of self-recognition and, at other times, hardening boundaries as a defensive, immunological maneuver against the disturbances ushered in by virtue of being situated in a larger world of relevant connectivity.  The sufficiency of any place, territory relies upon a metabolic functioning—i.e. inputs, flows, and regulations of materials and the generation of infrastrucutres of coordination and interoperability.  As these are situated within a larger surrounds to which they are variously articulated, the compositions and character of connectivity play a decisive role in terms of how a place maintains itself as a specific entity. For whom does a particular set of circumstances matter, and to what degree?  How far do particular events and outcomes exert a particular impact? How does the substantialization of such events and outcomes take place, from where do they draw force and efficacy? These are fundamental questions informing the particular manners in which urbanization becomes something more extensive as a form of extending, of offering particular mechanisms of problem-solving.

This talk, drawing upon extended periods of work in Jakarta, will explore how such questions are lived with and addressed in a range of different situations.

AbdouMaliq Simone is an urbanist with an abiding interest in the spatial and social compositions of urban regions. He is a research associate at the Max Planck Institute for the Study of Religious and Ethnic Diversity, visiting professor of sociology at Goldsmiths College, University of London, visiting professor at the African Centre for Cities, University of Cape Town, research associate with the Rujak Center for Urban Studies in Jakarta, and research fellow at the University of Tarumanagara. He brings to the Urban Institute a long background working in urban areas of Africa, South and Southeast Asia, with a particular interest in the everyday lives of Muslim working class residents.