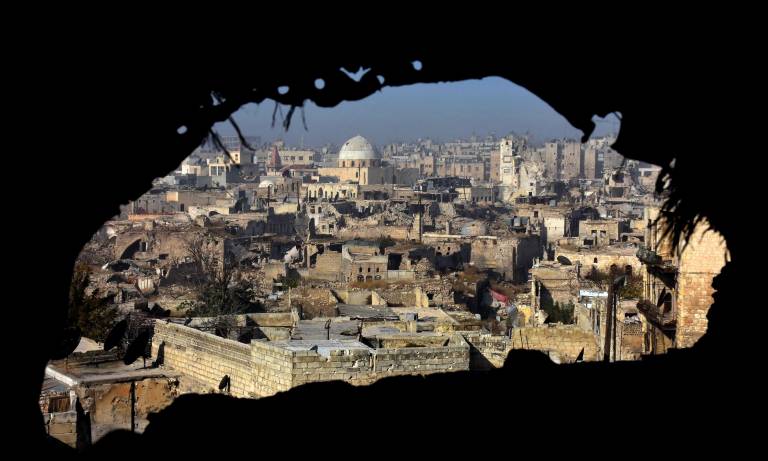 The Syrian government has already set the blueprint for its intended vision of the reconstruction of Syria and has embarked on its own reconstruction process through a set of urban legislation that are being implemented now. This legislative framework is seen to be manipulating urban planning for economic and political interests that will further consolidate the government’s authoritarian power in the post-war phase.

Chaired by DPU’s Michael Walls, this panel will explore the politics of Syria’s future reconstruction and the potential trajectories it may take within the current context of authoritarian consolidation from a perspective of social justice and the right to the city. Panellists include Syrian architect Sawsan Abou Zainedin, and Syrian Lawyer Ibrahim Olabi.

Michael Walls
Michael is an Associate Professor at the Bartlett’s Development Planning Unit (DPU) and Programme Leader for the MSc in Development Administration and Planning. For almost fifteen years, he has focused on the Somali Horn of Africa, and most particularly on the state formation, political representation and evolving political settlements in Somaliland and Puntland. He has also been involved in recent years in research projects in Uganda, Ethiopia and Nigeria and is on the international steering committee responsible for advising on the establishment of the new Sierra Leone Urban Research Centre.

Sawsan Abou Zainedin
Sawsan is a Syrian architect and urban development practitioner. Her work tackles the impact of urban processes and reconstruction efforts on social justice, social cohesion, and good governance. She has recently co- initiated a programme called SAKAN, aimed at developing alternative housing models to aid recovery in Syria. In addition to her urban related work, Sawsan works as the Syria project coordinator with Internews on supporting Syria’s civil society groups in their communication for resilience and advocacy. She is involved in a variety of grassroots initiatives inside Syria, and in the interagency meetings for all tracks of the Syrian peace process.  Sawsan holds MSc in Urban Development Planning with distinction from the Bartlett’s Development Planning Unit of UCL where she researched the role of communities' coping strategies in the pursuit of just and sustainable recovery in Syria.

Ibrahim Olabi
Ibrahim Olabi is the Director of the Syrian Legal Development Programme, an organisation addressing international law and human rights matters arising from the Syria conflict. SLDP has recently established a Human Rights and Business Unit which amongst other matters focuses on property rights in the rhetoric of Syria's reconstruction. Ibrahim has also worked as a consultant for the UN Office of the Higher Commissioner for Human Rights on the population transfer in Syria, which included a focus on the properties of those displaced. Ibrahim travels to Syria, and was there last year during the chemical attacks. He holds a law degree and a master’s in international law from the University of Manchester, where he was awarded the undergraduate and postgraduate student of the year.