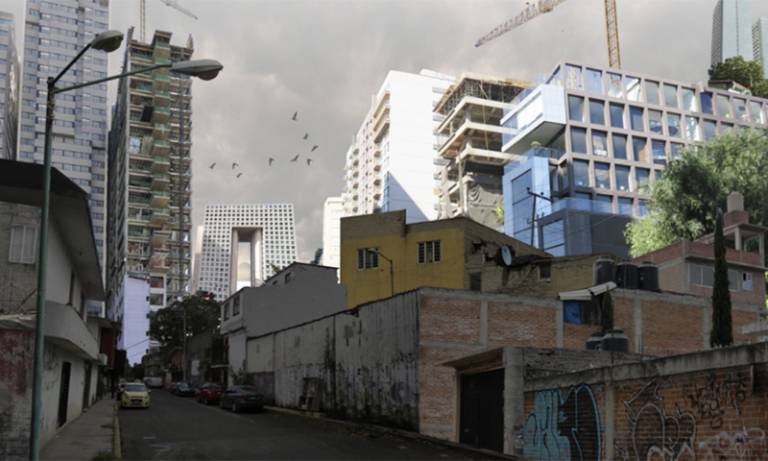 Effi Bournazou will present and analyze the findings of the recent triennial study on gentrification trends in Mexico City during the last two decades. The research includes both the measurement of the phenomenon based on census data, and a representative survey of residents living in areas with wide socio-spatial transformation. In view of the multidimensional inequalities prevailing in the contemporary Latin American city, gentrification and its socio-spatial impacts represent a major challenge for urban planning.

In order to measure gentrification, a Socio-spatial Transformation Index, composed of eight census variables, highly correlated with the phenomenon was developed. The challenge was to overcome the lack of suitable diachronic data that describe gentrification. The resulting social map of gentrification in Mexico City, shows a coherent visualization of widely recognized gentrified spaces among others of new appearance. Another central issue was to capture the subjective point of view of the residents living in these urban areas, under atypical socio-spatial transformation, to shade the phenomenon with local characteristics. A special designed questionnaire, based on the main hypothesis about gentrification treated in the literature, was applied in a sample of 540 households -statistically defined on the universe obtained by the index- to get a representative panorama of the resident´s opinion on issues like displacement, relations between neighbours, real estate activity, civil organization, social mixture, among others. Results obtained, were both expected and surprising and suggest that gentrification deserves further research in Mexico City to deepen knowledge on the phenomenon, in order to develop adequate planning instruments to minimize its negative impacts, especially in a context of high multidimensional inequalities that characterizes the Latin American city.

Born in Athens, Greece with a degree in Architecture from the Federal Polytechnic Institute of Zurich, Switzerland (ETH-Z, 1979); Master in Urbanism (1987) and PhD in Urban Planning (2005), National Autonomous University of Mexico (UNAM). Over 30 years of teaching experience and currently Full-time Professor in the Urban-Environmental Area of ​​the Faculty of Architecture, UNAM and Professor in the Master and PhD Program in Urban Planning and in the Department of Science in Sustainability, UNAM. From 2013 to 2016 she was in charge of the Knowledge Field Real Estate Development of the Master in Urban Planning, UNAM.