Eyal Weizman: Forensic Architecture: Violence at the Threshold of Detectability 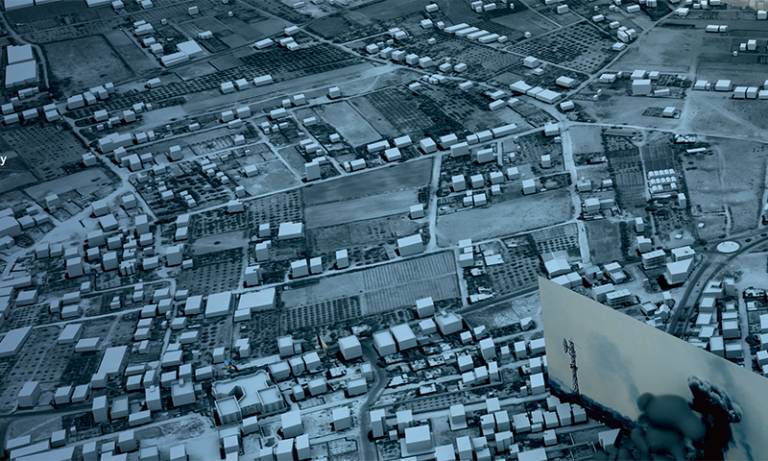 In recent years, the group Forensic Architecture began using novel research methods to undertake a series of investigations into human rights abuses. Today, the group provides crucial evidence for international courts and works with a wide range of activist groups, NGOs, Amnesty International, and the UN. Forensic Architecture has not only shed new light on human rights violations and state crimes across the globe, but has also created a new form of investigative practice that bears its name.
The group uses architecture as an optical device to investigate armed conflicts and environmental destruction, as well as to cross-reference a variety of evidence sources, such as new media, remote sensing, material analysis, witness testimony, and crowd-sourcing.
In Forensic Architecture, Eyal Weizman provides, for the first time, an in-depth introduction to the history, practice, assumptions, potentials, and double binds of this practice. Included in this volume are case studies that traverse multiple scales and durations, ranging from the analysis of the shrapnel fragments in a room struck by drones in Pakistan, the reconstruction of a contested shooting in the West Bank, the architectural recreation of a secret Syrian detention centre from the memory of its survivors, a blow-by-blow account of a day-long battle in Gaza, and an investigation of environmental violence and climate change in the Guatemalan highlands and elsewhere.
Weizman’s Forensic Architecture, stunning and shocking in its critical narrative, powerful images, and daring investigations, presents a new form of public truth, technologically, architecturally, and aesthetically produced. Their practice calls for a transformative politics in which architecture as a field of knowledge and a mode of interpretation exposes and confronts ever-new forms of state violence and secrecy.
Eyal Weizman is an architect, professor of spatial and visual cultures and director of the Centre for Research Architecture at Goldsmiths, University of London. In 2010 he set up the research agency Forensic Architecture. In 2007 he set up, with Sandi Hilal and Alessandro Petti, the architectural collective DAAR in Beit Sahour/Palestine. This work is documented in the book Architecture after Revolution (Sternberg, 2014). His other books include The Conflict Shoreline (Steidl and Cabinet, 2015), Mengele’s Skull (Sternberg, 2012), The Least of all Possible Evils (Verso, 2011), Hollow Land (Verso, 2007), A Civilian Occupation (Verso, 2003).