Por una autonomía del habitar / Towards an autonomy of housing 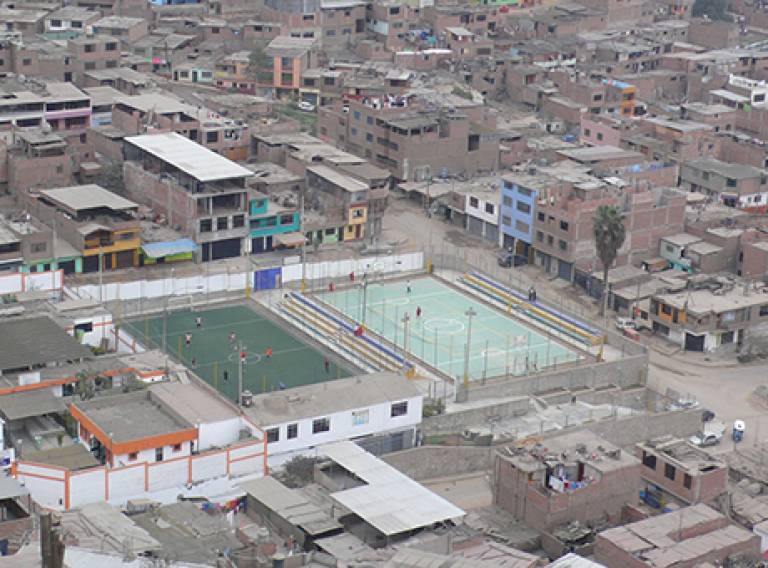 This event will set a focus on present fieldwork in those very same self-built urban settlements in Lima/ Peru, where John F.C. Turner’s work was developed in the 1960s. Together with a rediscovered uncensored version of the documentary A roof of my own (UNTV 1964, 29 minutes), which portrays the development and patterns of community building in self-build-neighbourhoods in Lima/ Peru, recently initiated work on a follow-up documentary directed by Kathrin Golda-Pongratz will be presented, to illustrate the transformation processes of the El Ermitaño neighbourhood and its contemporary challenges and to set out the development goals for the future of the portrayed and other comparable urban settlements.

Dr Kathrin Golda-Pongratz, architect and PhD in architecture and urban planning, is currently a professor of international urbanism at the University of Applied Sciences in Frankfurt is Main/ Germany. She is a member of the Institut dels Passats Presents of Barcelona’s city council, member of the expert board of the European Prize for Urban Public Space in Barcelona, the German Working Society on the Research in Latin America and the Academy of Europe, among others. Her teaching and research focuses on urbanization processes and migration, development paradigms, Latin American urbanism, informal urbanism, placemaking strategies, public space and urban memory. Current research and exhibition projects centre on the territorial identity and visual imaginary of Catalonia (within the research project Terra-Lab) and on urban memory in self-built neighbourhoods in Lima/ Peru.

Classic documentary on the development of squatter settlements on the outskirts of Lima, Peru. The film illustrates the early stages of “incremental development” initiated by low-income people and a pioneering government agency. This is the uncut version; both the President of Peru and the Brazilian generals insisted on cuts for the version broadcast at the time. The film was commissioned as a result of the 1963 issue of Architectural Design titled 'Dwelling Resources in South America'.