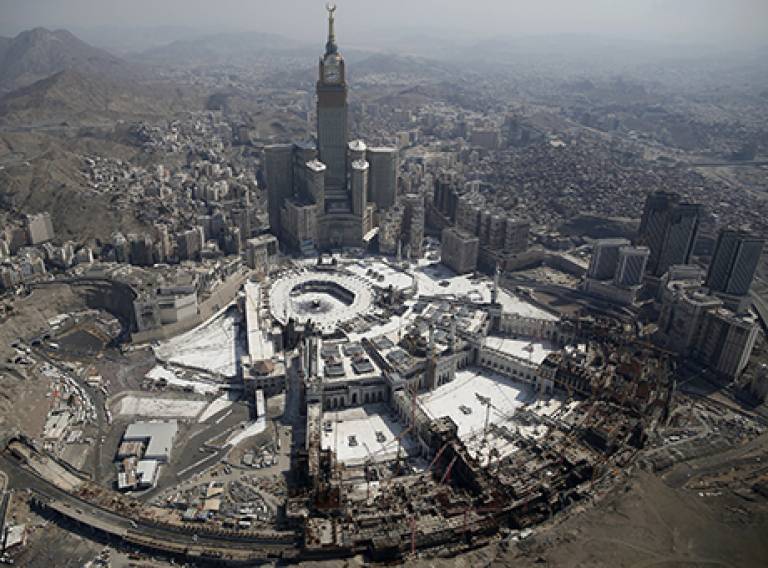 The holy city of Makkah, currently home to about 2.2 million inhabitants, witnessed massive spatial change in the past three decades. In the midst of this Haj and Umrah[1] driven growth vast swaths of informal areas, mainly occupied by non-Saudies without legal residential status, emerged. Available evidence suggests that such areas now comprise roughly 40% of the city’s footprint and population, a phenomenon placing enormous urban challenges and one which is being confronted by local authorities with increasing resolve.

This presentation will shed light on Makkah’s spatial growth past few decades, the emergence and growth of informal areas, critically review recent efforts to address the challenge and make some conclusions with special emphasis on preserving Makkah’s urban identity.

Muhammad has been engaged in spatial planning practice, teaching and research for the past thirty years; mainly in the Middle East but also and over shorter spells Australia and Germany.  He held senior positions with the German Agency for Technical Cooperation (GIZ) in Yemen and Jordan, the International Labour Organization (ILO) in Jordan and the UNHABITAT in Egypt.