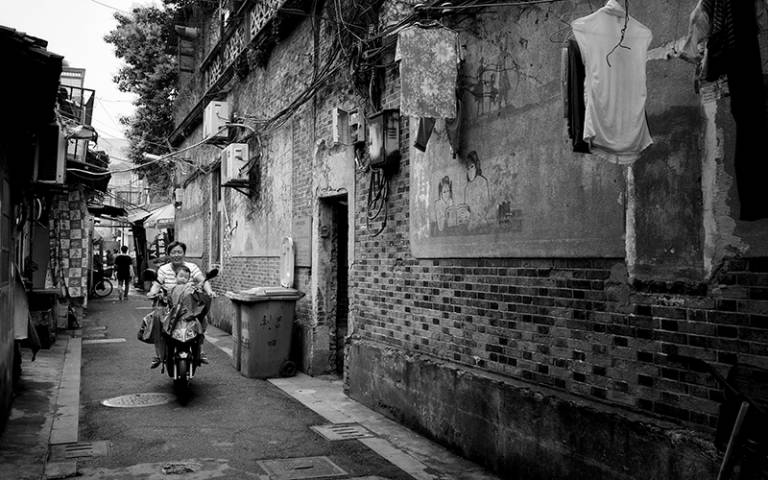 Please note the official deadline for applications was on Monday 15 July. However, we still welcome late applicants. Please download the application form in the Applications section and contact us soon at dpusummerlab@ucl.ac.uk.

The rapid transformation of urban China has been of great academic interest over the last 2 decades. Urban development in contemporary Chinese cities is taking place on an unprecedented scale, dissolving long-standing local communities and demolishing poverty-stricken neighbourhoods. During this time the nature of this transformation has undergone a number of evolutions, the urban phenomenon has changed from a form of development initially focussed on the transformation of rural areas into new urban industrial centres; or the expansion of peri-urban agricultural areas, and has more recently shifted towards a regeneration-based form of development. In line with global development and urban planning trends, urban regeneration in China is now a well-established mechanism for developing and revitalising urban areas deemed to be in decline. Urban regeneration can be understood as a process aiming to revitalise areas in decline using a range of physical, economic, environmental, social and cultural tools, and definitely encompassing a symbolic and political dimension, too.

One planning tool has been the advent of tourism-centred and culture-centred  regeneration strategies. With the emergence of the world’s largest middle-class society, tourism has become an important contributor to the domestic economy in China. In an aggressively competitive tourist market, Chinese city planners are finding new ways to brand and market their cities, and to attract a slice of this lucrative economic regeneration tool. In a context of dwindling historical narrative, erased in part through the processes of rapid development, many city planners are now adopting the concept of authenticity, or ‘Heritagisation’ of urban space. Rather cynically, Sudjic (1992:246) suggests that “[w]hen there is nothing else left to sustain their economies, cities start to rediscover their own history, or at least the history that they would have liked to have had. They use it as a catalyst for their attempts at regeneration.”

Many such regeneration proposals now focus on the retention of local authenticity as a key catalyst in the construction on place identity and place marketing. There is however a growing interest among Chinese planners to explore forms of community engagement within such cultural development, to enable local people to benefit from the economic boom and be involved in the production of urban space, rather than being marginalised or displaced by it. It is also acknowledged that local people should be involved in their own interpretation and representation, and their voices are being increasingly listened to in the development process. Such involvement is especially relevant in the quest for authenticity, in fostering familiarity with multiple histories of urban communities, in establishing a cultural use of urban spaces.

The workshop is organised in collaboration with our local partner, Urban Synthesis Ltd, a Chengdu-based urban design consultant, to explore the potential for community-led touristic regeneration in a series of significant streets in Chengdu. We will be working with the local community through a series of live-research-activities to generate knowledge and develop outline proposals for a community-led tourism-centred planning strategy. The workshop will start with a series of urban walks and explorations, which will be supported by lectures by local academics and stakeholders and round-table discussions. The third and fourth day will be focused on fieldwork and the collection of empirical data: we plan to run interviews, map out socio-spatial conditions of the grounds of investigation (drawing plans and street sections), collect photographic evidence. The workshop will culminate in an exhibit, where we will present findings to local stakeholders and authorities, and be followed by a  report submitted by the local partners to Chengdu’s Tourism Planning Department.

Please download the application form below or write to us at dpusummerlab@ucl.ac.uk to express your interest. Further information will be provided in due course. Stay tuned and follow our Facebook page for updates!