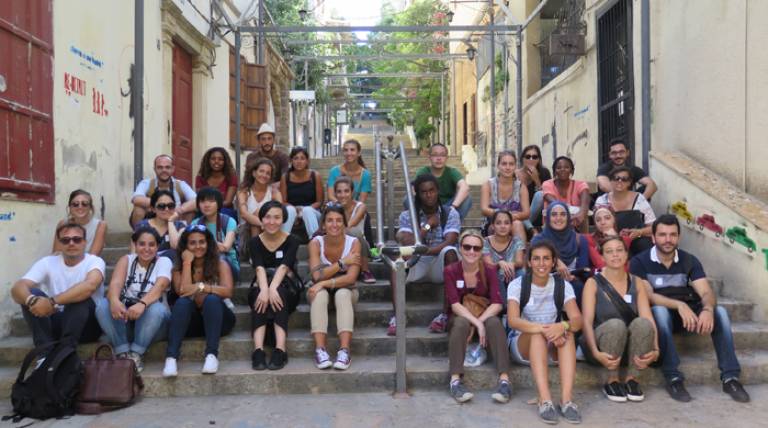 The Civil War that lasted a good 15 years up until the early 90s has contributed greatly to the ever-changing dynamics of the urban fabric in Beirut. Neighbourhoods that had previously been entwined were suddenly broken across political and sectarian trajectories. The recovery process following the war was centred on the built environment, managing to create only a patchwork of different fabrics, both social and physical, but communities were still dissected.

The recovery of Beirut’s physical condition was, in itself, a dividend, selective of the neighbourhoods to intervene in where some areas were neglected while others were developed extensively.

The Beirut summerLab has investigated an area, El Khoder, that has suffered tremendously from the war, and has since been neglected. Situated by the port and where the train station once existed, it has seen industrialisation slowly taking over, radically changing its perceived image and shadowing its residential parts.

The neighbourhood itself has been sliced along sectarian and political boundaries during the war, and was distanced from Beirut along a highway during the 50s.

Through interactions with the residents and local stakeholders, design research, tactical interventions, and systems mapping, the workshop will expose the participants to the complexity of the different community narratives, determining their socio-spatial parameters and measuring their presence, interactivity, interdependence and independence within the spatial contours of the neighbourhood.

The activity has provided an understanding of the dynamics, foundations, values and systems that these communities are built around. The participants have collaborated with the purpose of creating new links of cohesion, acceptance and openness between the communities, and provided an outlook to social, cultural, environmental and economic development.