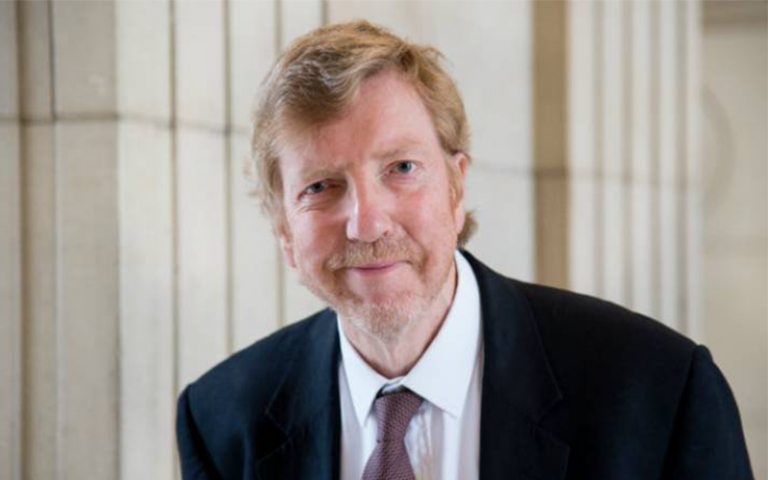 The School is deeply saddened to announce the passing of Professor Peter Morris. Peter was Emeritus Professor of Construction and Project Management at University College London (UCL) and was widely respected as a leading theoretician of project management. Peter’s career comprised a combination of executive employment, consulting, and academic work.

Peter joined UCL in 2002 from what was then the University of Manchester Institute of Science and Technology (UMIST) to provide academic leadership to the construction management programmes in the Bartlett during a period in which the discipline was undergoing a turn towards the commercial management of construction. From 2002 to 2012, Peter was the Head of UCL’s Bartlett School of Construction and Project Management, which in May 2021 was renamed the School of Sustainable Construction.

From 1996 to 2009, Peter was also the Executive Director of INDECO, a consultancy specialising in the commercial management of projects. Prior to these appointments, he was Professor of Project Management at the UMIST, was Director of the Major Projects Association then located at Templeton College, University of Oxford, and was the main board member of Bovis Ltd., a global construction company. He worked across the world in advisory and management roles for numerous projects.

Between 1993 and 1996, Peter was the Chairman for the Association for Project Management (APM) and he has been recognised with awards from both the Project Management Institute and International Project Management Association. In 2008, the APM recognised Peter with its highest honour - the Monty Finniston Award. Peter’s last quest was to get project management and those that are in high office in that area to recognise the role they play in the climate emergency. Peter wrote an influential piece for the APM in 2017 on this as an effective call to arms.

Peter was the author of over 130 scholarly papers as well as writing, editing and contributing to a variety of books that were written for both academics and practitioners. His latest book Reconstructing Project Management, traces the development of project management as a discipline; provides a detailed exposition of its principal elements; and examines how the discipline should be deployed to address the challenges and opportunities facing society.

Professor D’Maris Coffman, Professor of Economics and Finance of the Built Environment remembers:

“Although Peter stepped down as Head of Department in 2012, he didn’t retire until early 2017 so I remember him vividly. Peter was kind enough to offer his advice and guidance on the future direction of the school, and to convey to me his own vision for creating a Global Project Management Office to tackle climate change. We enjoyed some lively exchanges, which invariably included our shared enthusiasm for Italy. I was also moved to learn that his successor in the substantive chair, Andy Davies, regarded being asked to apply for Peter’s post as one of the proudest moments of his career. Moreover, Peter was an indefatigable mentor of countless colleagues in the profession and as such his memory will live on in the school.”

“I was on the selection panel that appointed Peter, it was one of the last things I did before leaving UCL to return to take up a job back in industry. Some five years later (2004) Peter invited me back to re-join what would become the Bartlett School of Construction and Project Management – now the Bartlett School of Sustainable Construction. The success of what Peter led was, in my humble view, outstanding. Peter was a highly recognised and world class player. It is rare indeed that a person can be hugely successful as an academic, as a practitioner and at the professional institutional level – but Peter was these things. And he did all this with grace, humour and compassion.

Peter will leave a void in more than his family and friend’s lives. His legacy will live on – and the gap he leaves professionally is unlikely to be filled by another single person – such was his calibre.”

Messages of condolence can be left with School Manager Helen Pascoe, who will pass them to Peter’s family: h.pascoe@ucl.ac.uk

Bereavement support is available for UCL staff and students.