CASA has started work on a Greater London Authority funded project to create a three-dimensional model of London. 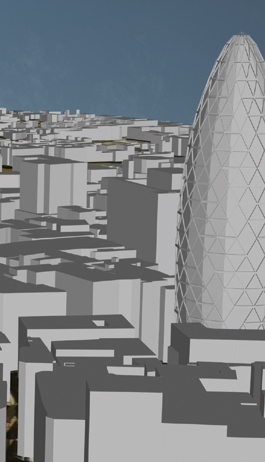 It will initially cover the Pool of London area, including City Hall, and will be accessible via the Internet. The project will explore use of the model to stimulate public participation in London government.

The model is being produced using GIS, CAD, and a variety of new photorealistic imaging techniques and photogrammetric methods of data capture. The core model will be distributed via the Internet utilising techniques to optimise large urban data sets for broadband distribution. Key to this is communicating the built environment in an innovative manner; to achieve this, Virtual London will be distributed via a Multi-User Environment. Citizens will be able to roam around a Virtual Gallery as Avatars (digital representations of themselves) and explore the issues relating to London in a game like space.

Techniques to engage the public in issues relating to their environment have been developed by CASA over the last 6 years and this project is the largest of its kind to openly encourage participation in three dimensions via the Internet. Using these techniques, which support all the stakeholders in the urban planning process, the way we participate in shaping our environment is on the verge of being radically opened up.