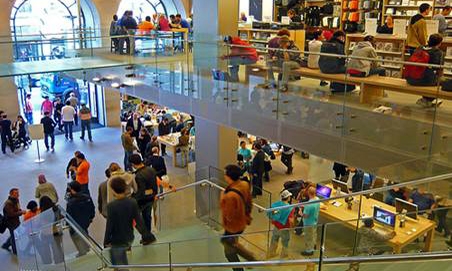 As technologies such as Radio Frequency Identification (RFID), smart cards, mobile computing and GPS tracking, are increasingly pervasive new issues for social sciences have emerged (see Batty and Longley 2003; Batty et al. 2003; 2004). Since the diffusion of the Internet, privacy has been recognised as an emerging important societal issue (the first Silicon Valley 'Computer Freedom and Privacy Conference' was held in 1991). Privacy and security concerns leaded to a common distinction between an on-line risky environment and a safer off-line "brick and mortar" environment. Today, ubiquitous communication is restructuring such a clear distinction between a virtual and a non virtual reality. Both opportunities and risks of on-line communication potentially extend to off-line interactions and contexts (Bose et al. 2009; Thiesse, 2007).

Issues of trust, risk perception and privacy that appeared to be specific problems of on-line communication are now increasingly associated to the physical environment. How these issues affect people behaviour and what is the consequent relation between the physical and the virtual environments are emerging research themes.

A main target for many innovations based on mobile and RFID technologies (Batty et al. 2003; 2004) is the retail environment. Behaviour can be monitored, data can be gathered, services and advertising can be delivered to consumers during their shopping activities upon request, according to their location and as a consequence of certain behaviours such as products observation and choice (Batty et al. 2003; 2004; Kowatsch and Maass, 2010; Heijden, 2005; Westerman et al. 2007). However, despite the variety of their potential applications, barriers to mass adoption as well as many questions on their implications on people behaviours and perceptions still remain to be addressed.

With this research I attempt to extend the existent literature by means of an interdisciplinary approach, merging social-psychology research with computer technologies developments in the built environment. More specifically, first I will explore the social-psychological dimensions of privacy concerns toward RFID-enabled services and, then, I will attempt to clarify whether and how these technologies have an impact on the consumers’ experience of the in-store environment.

This is a new project that has only just started and outputs reflect those in our other projects specifically COSMIC and GENeSIS:

The methodological objectives of this programme are as follows.