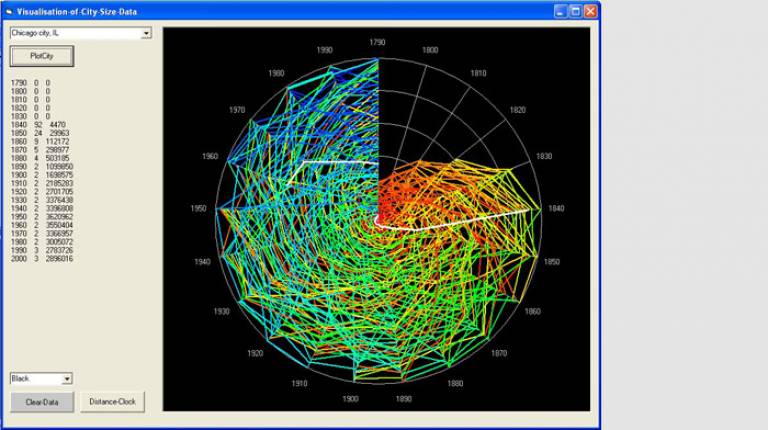 Despite half a century of sustained research into the structure of cities, we still cannot answer the most basic questions of how their morphology is affected by the energy and income of their populations. We do not know if cities will become more compact or more spread out as energy usage changes due to global warming and as we switch to renewable energy sources.

What we need is much more robust theory with applicable computer models for forecasting such impacts. Many of the rudiments involving agglomeration economics, growth theory, trade, nonlinear dynamics, and fractal geometry have already been put in place with the complexity sciences providing a framework for this new social physics. But so far, energy has been strangely absent. Here we will embrace this role, thus generating theory and models able to address what cities will look like if current predictions of climate change are borne out.

We will organise the project into six related themes.

First, we will extend theories of urban morphology based on fractals and allometry to incorporate energetics in analogy to transport and network processes, drawing on the theory of metabolic scaling.

Second we will link these to statistical thermodynamics in spatial interaction and location modelling where energy, entropy, and accessibility are central.

Third we will aggregate our theories to enable comparative analyses of city shape, compactness, energy use, and density.

Fourth, we will explore different dynamic regimes building on self-criticality and bifurcation.

Fifth, we will make these ideas operational building on our London Tyndall Centre model, and on related work in Phoenix and Shanghai.

Last, we will construct a web-based collaboratory for posing 'what if' questions about climate change and energy balance using our theoretical and empirical models. This grant is funded as a European Research Council Advanced Award and runs from July 2010 to June 2015.

Doctoral research students on Mechanicity are:

Benenson, I., and Hatna, E. (2011) Minority-Majority Relations within the Schelling Model of Residential Dynamics, Geographical Analysis 43, 287-305

We list the main impacts of the proposed research in terms of the various work streams in the project:

The proposal first researches the state of the art in this broad domain presenting four distinct snapshots: our prior work and the key research challenges in theories of urban morphology which are based on fractal geometry and scaling; spatial interaction in terms of energy and entropy; alternative approaches to urban energetics which build on metabolism, flows and cycles; and then integrated assessment of the impacts of climate change in terms of the application of land use transport models.

We then develop our research methodologies. We start with the new theory of urban morphological energetics based on metabolism, and then turn to issues which arise with respect to spatial interaction concerning energy, temperature and thermodynamic potentials in city systems.

Ideas about the dynamics of urban growth in terms of rapid change and long term change temporal dynamics are then addressed, and next we define the need for comparative analysis of morphologies in terms of sprawl, compactness and optimum city size. We conclude with arguments about the need to provide an environment for prediction which supports long term scenario making and visioning.

These methodologies lead us to the definition of work packages around which we will organise our project. The six work packages that we define will be ordered as follows: