Playing the Archive is a project that addresses some of the challenges we face when it comes to supporting play in the modern world. 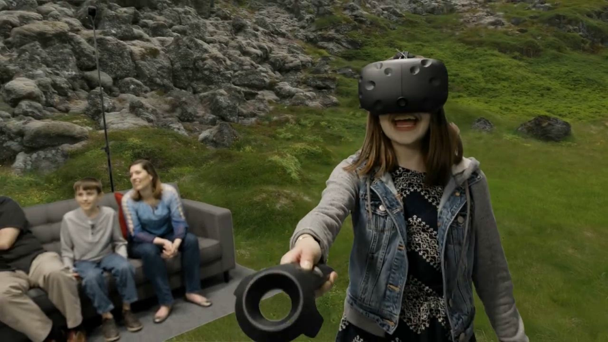 Play is a universal human activity in all communities, cultures and periods of history. In play, cultural memories are given shape and passed down from generation to generation. However, we face many challenges in supporting play in today's society. Playing the Archive addresses three of these problems.

Firstly, play cultures can be fragile and ephemeral, easily lost over time and forgotten by successive generations. Conversely, older generations may be anxious and fearful about the play of today's children, especially in the digital realm.

Secondly, the way play is managed in planning and education can have the effect of fragmenting children's playworlds, separating out their digital play from their physical play, although these worlds remain connected in children's imagination and practice. Thirdly, play is increasingly constrained in urban environments, through loss of street play, reductions in social provision, and tight adult surveillance in response to fears about child safety.

'Playing the Archive' offers three approaches to these problems, each focusing on one of them:

The first is to digitise and transform an important resource of cultural memory at the Bodleian Libraries: a collection of accounts of play from 20,000 UK children in the 1950s and 60's by folklorists Iona and Peter Opie. The project will create a
virtual, immersive world enabling users both old and young to playfully engage with the archive, experiencing 1950-60s play as Virtual Reality, freely available to visitors at the V&A Museum of Childhood in London, and the Weston Park Museum in Sheffield. This 3D, Virtual Reality experience will also include games played by today's children, such as handclapping games with songs based on popular music and film. This work will be a collaboration between archivists and cataloguers at the University of Sheffield, and specialists in VR and advanced visualisation at the Bartlett Centre for Advanced Spatial Analysis (CASA) at University College London. They will co-design these new tools with children and with older citizens who contributed to the original Opie surveys, now in their 70's.

The second approach is to study memories and practices of play, by interviewing and observing the original Opie contributors and children at primary schools which contributed to the original studies. The children will contribute to the research, interviewing each other and the older participants, and filming their own play. This work will help us understand what play is, why some games survive and others are lost, how physical games, rituals, songs, chants are passed on from one generation to the next, especially from the 1950's to the present day, and how digital play such as videogames has added to the play repertories of today's children. We will also explore what kinds of play exist in different languages and cultures, such as Bengali, Mandarin, Somali, Punjabi and Polish, and how children use play to negotiate membership of communities and a place within them.

The third approach, using the ideas created in the other parts of the project, is to build two experimental playgrounds in regeneration sites in Sheffield (the Park Hill estate) and London (the Queen Elizabeth II Olympic Park). These playgrounds will use innovative approaches to playspace and equipment, but also incorporate 'smart' objects linking physical play to the historic objects in the archives of the Bodleian and the V&A Museum of Childhood, both partners in the project who will contribute towards the design of the digital tools and resources. The playgrounds will exemplify 'mixed reality' play, combining the physical and the virtual, and linking the play cultures of playgrounds and videogames as they are already linked in children's imaginations.

Finally, the project will hold a Festival of Play at the V&A Museum of Childhood, a free public event, to launch the virtual playworld.