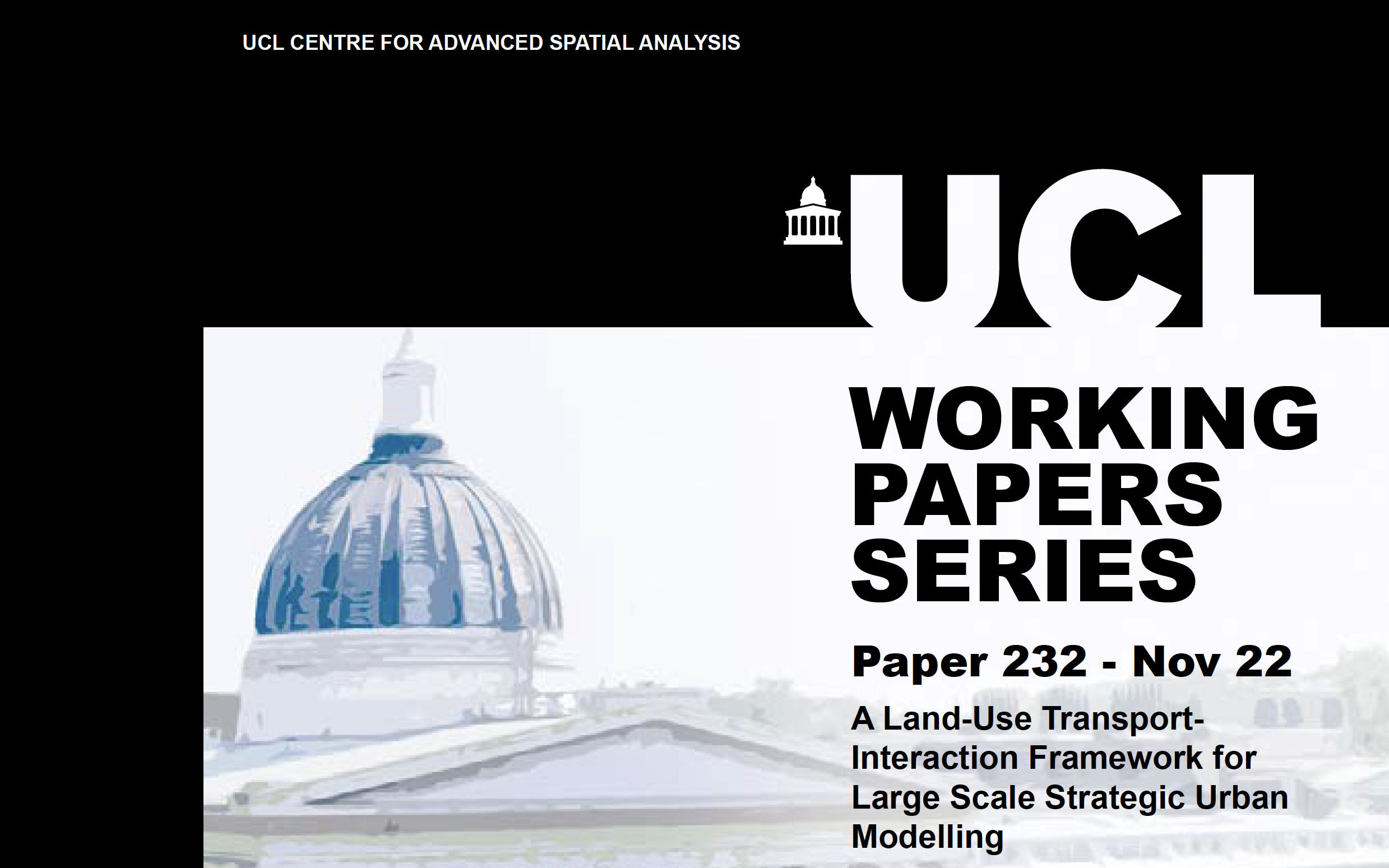 Abstract
We introduce a family of land use transportation interaction (LUTI) models which enable future employment, population and flows or trips between these activities to be explained and predicted. We begin by focusing on the generic spatial interaction model, noting the ways in which its components reflect demand and supply at different locations measured in terms of employment and working population. This suggests an equilibrium structure which is our starting point in developing a simplified version of the model which can be easily extended to deal with different sectors such as housing, retail activities, schools, and health facilities. We use this generic structure to develop four related versions of the models for residential populations, retailing, education and hospitals which are all driven by employment in terms of where people work and live. This constitutes our integrated framework that we use to calibrate the model to three urban areas or cities in Europe: to Oxford and its county, Turin and its region, and Athens in its hinterland of Attica reflecting population volumes from 700,000, 1.7 million and 3.8 million persons respectively. In each case, we use the models to predict the impact of different scenarios – new housing developments in Oxfordshire, new universities and metro lines in Turin, and economic development in the Athens region. These scenarios show the versatility of using these models to examine such impacts and they also point to ways in which these models can be improved. We conclude with some directions for improving the various models and nesting them at different scales within the land use-transport planning process.