Spatial Diffusion of Overseas Corporate Owned Properties in Greater London from 2008 to 2019. 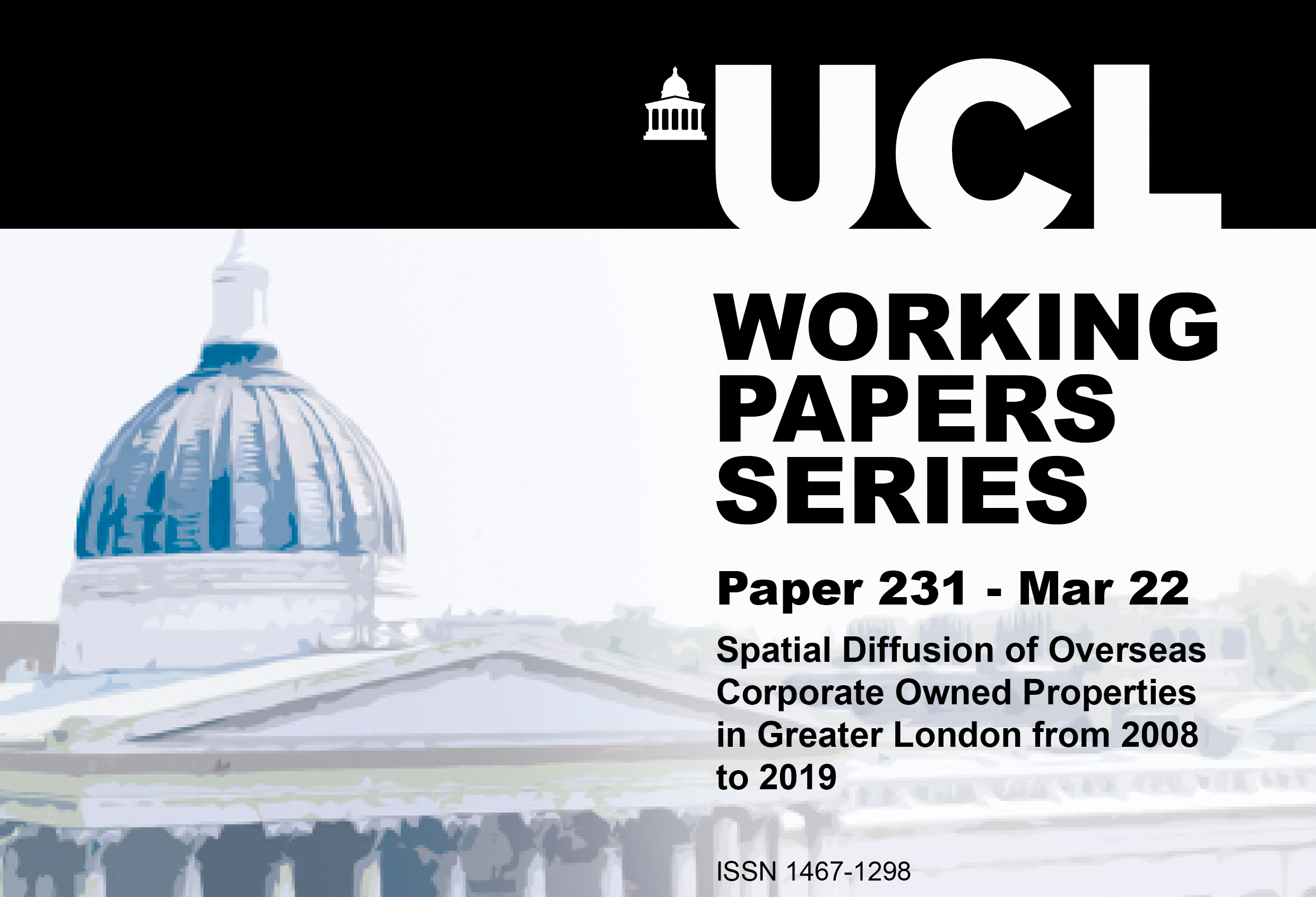 Since the 2008 financial crisis, the numbers of Greater London properties owned by foreign LLCs have dramatically increased. Determining the geographic extent and concentration of these properties was made quite difficult by the lack of open owner- ship registration data within the United Kingdom. This changed in 2017 when HM Land Registry released the Overseas Corpo- rate Ownership dataset,  opening up new analysis possibilities. By joining this dataset to postcode geographies, this paper ex- amines the geographic diffusion and countries of registration of these Greater London properties from 2008 until June 2019. In tandem with this goal, the paper discusses incomplete and in- consistent information within the Overseas Corporate Owner- ship dataset that act as a hindrance towards further analysis. PostgreSQL and PostGIS were used to create a database of these properties usable for further spatial analysis in QGIS.
This paper finds that while the growth rate of this type of own- ership has decreased from 2017 to to June 2019, the actual count continues to increase, particularly within the boroughs of Westminster and  Kensington & Chelsea.

These  two  boroughs  act as nodes from which this type of ownership spreads throughout the city. The countries of registration for most of these properties are UK Overseas Territories, but since LLCs can be nested within each other, the true country of ownership for most prop- erties is further obscured. The opacity in determining the true nature of ownership is further complicated by inconsistencies within the source data such as missing geographic information and incorrect registration addresses. The most egregious of these issues investigated here are properties where the overseas propri- etor address is just the address of the property within Greater London.The paper concludes with a recommendation to remove title information fees and to resolve these inconsistencies within the Overseas Corporate Ownership dataset to allow for more comprehensive future analysis.