The Linear City: Illustrating the Logic of Spatial Equilibrium 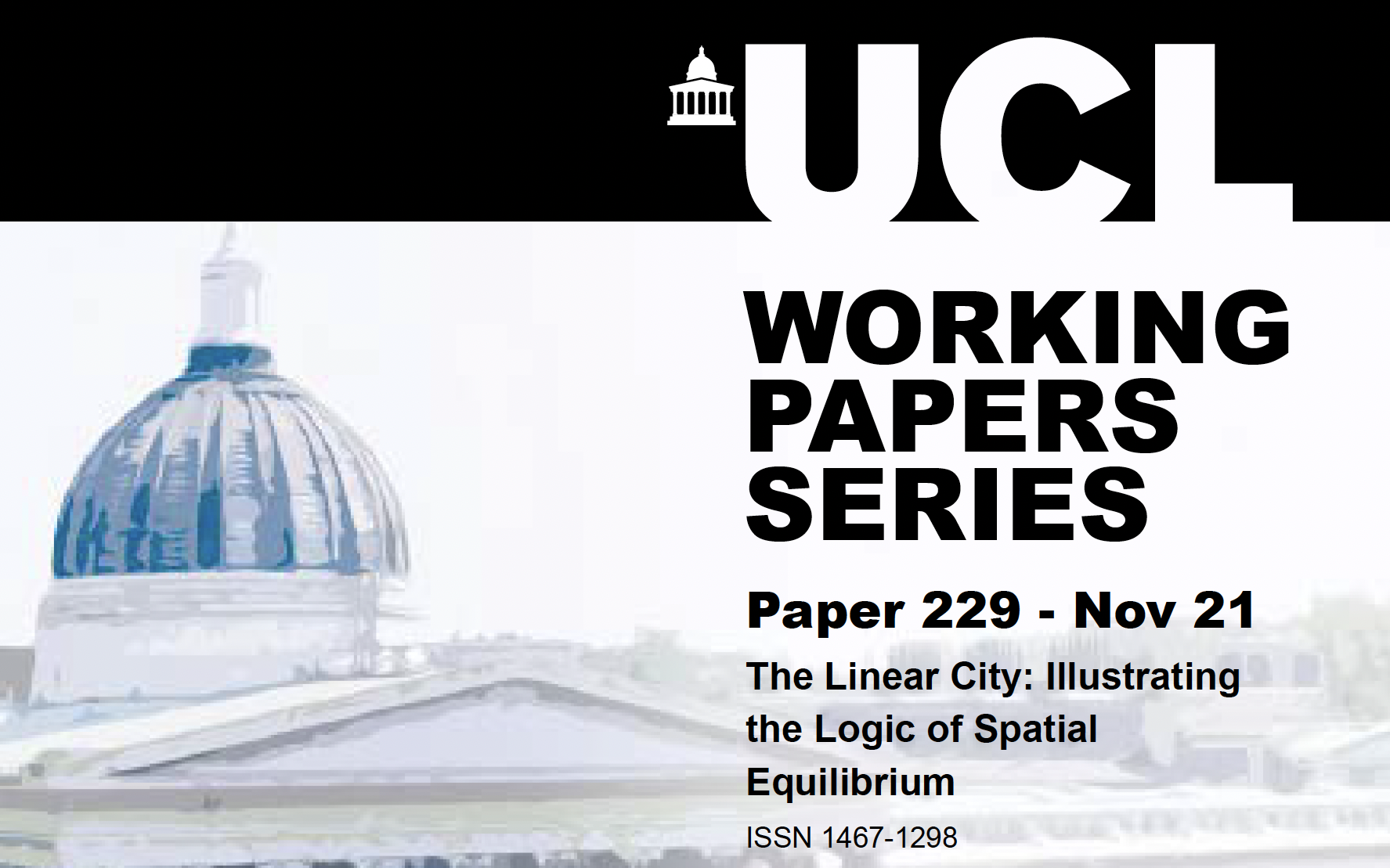 Linear cities where activity is spread out along a transportation line, aim to offer the highest levels of accessibility to their adjacent populations as well as to the countryside. These city forms are popular amongst architects and planners in envisioning ideal cities but they are difficult to implement as they involve strict controls on individual development which often conflict with human behaviour associated with where we locate and how we move. We briefly explore the history of these ideas, noting the latest which is the proposal to build a 170 km city called Neom in north west Saudi Arabia, a plan that has attracted considerable criticism for its apparent ignorance of how actual cities grow and evolve. Here we use a standard model of human mobility based on gravitational principles to define a set of equilibrium conditions that illustrate how a theoretical city on a line would, without any controls, successively adapt to such an equilibrium, generating a more typical form of city that evolves from the bottom up. We first formally represent the city on a line, defining its equilibrium conditions and showing how activities can move to different places along the line. We then generalise this to a much bigger space where the line cuts across a grid and where the original form is changed as populations maximise their accessibility within the space. In this two dimensional world, we define a spatial interaction model that depends on two parameters that can be adjusted (‘tuned’) to generate different forms which range from centralisation to decentralisation. In general, we show the power of such a spatial equilibrium in destroying any initial idealised form. We argue that the advantage of thinking about such forms is to inform our thinking about how far idealised future cities might depart from most cities that grow without any formal plan of the kind that the linear city imposes.