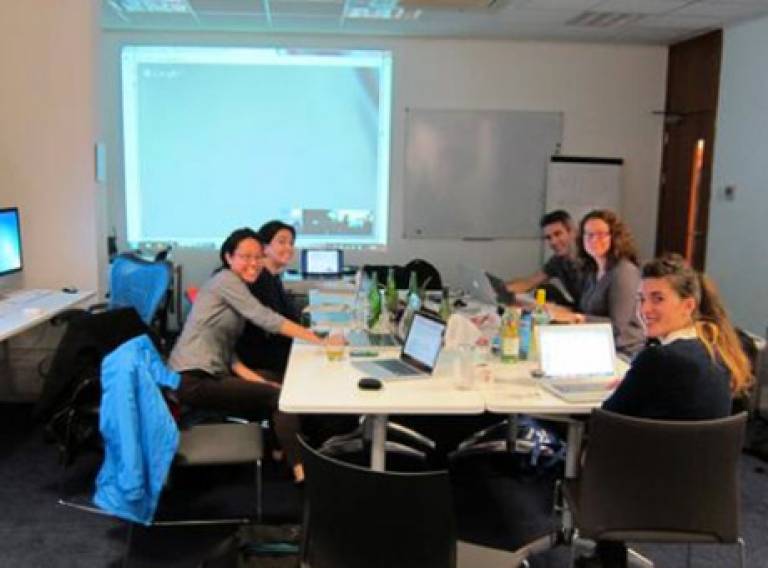 On Friday 7th November, various members of the CASA team were involved in a Guardian hosted Missing Maps party – one of a number across the world organised by Medecins Sans Frontieres.

The premise is simple – spatial data in parts of the developing world are almost non-existent. Maps are a vital part of a country’s infrastructure, without which a whole host of problems we would not even consider in the west (such as targeting the source of a cholera outbreak) are made far more difficult to solve. Open Street Map have a mapping platform which allows maps to be created very easily, and if enough people work on a mapping problem at the same time, huge amounts of very useful spatial data such as the location roads, schools, hospitals, rivers etc. can be captured very quickly.

After seeing the event advertised, Adam and Ed worked with Chris Michaels from the Guardian Cities team to join in the event, where the town of Baraka in the Democratic Republic of Congo was to be mapped for the first time. While a team of several CASA members worked back at CASA HQ as a satellite, Adam, Ed, Pegah, Patrick and Stephen went over to the Guardian to get mapping with some 80-odd other people. For a full Guardian write up of the event and photos of the CASA teams, visit: http://www.theguardian.com/cities/2014/nov/10/-sp-how-do-you-map-a-city-missing-maps-baraka