Pigeon Sim on The One Show 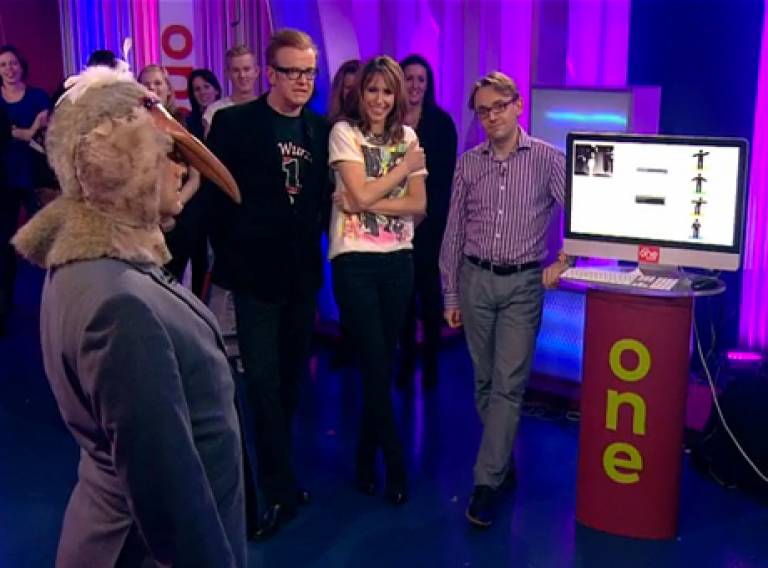 CASA’s Pigeon Sim was beamed into homes throughout the UK on Friday 22nd November when CASA’s Director, Andrew Hudson-Smith, took it to appear on BBC1’s The One Show.

The invitation arose when producer Barney Newman discovered Pigeon Sim online, via a previous article on the BBC Technology site, and contacted Andy to ask whether he could bring it along to try out live. The simulator was part of a wider segment in which The One Show aired a 4 minute documentary about pigeons by Mike Dilger and Adam Rogers. Viewers were treated to a live demonstration by comedian Jack Dee who dressed as a pigeon for the occasion. 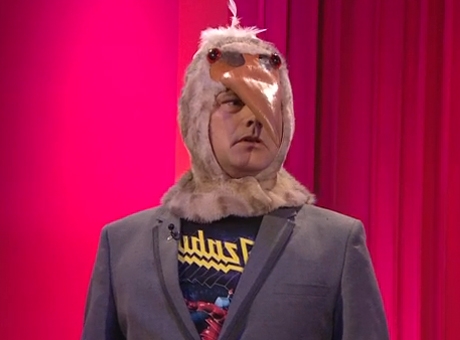 Andy explained that in the next few months Pigeon Sim would be going into classrooms to be used as a teaching tool and a fun way to learn about place, space and geography.

Hosted by Chris Evans and Alex Jones, The One Show attracts audience ratings in excess of 4 million and Andy’s appearance on the show coincided with Geography Awareness Week which ran from 17th – 23rd November. 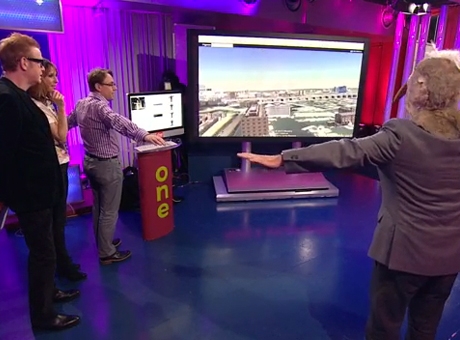 Pigeon Sim was originally created as part of the Engineering and Physical Sciences Research Council (EPSRC) funded exhibition project in April 2012 by CASA Researcher George MacKerron (now Lecturer at the University of Sussex) and has been on tour around the country at various times. You can fly Pigeon Sim yourself at the Almost Lost exhibition in Wellington Arch from Monday December 9th.