Life in the City is Essentially One Giant Math Problem 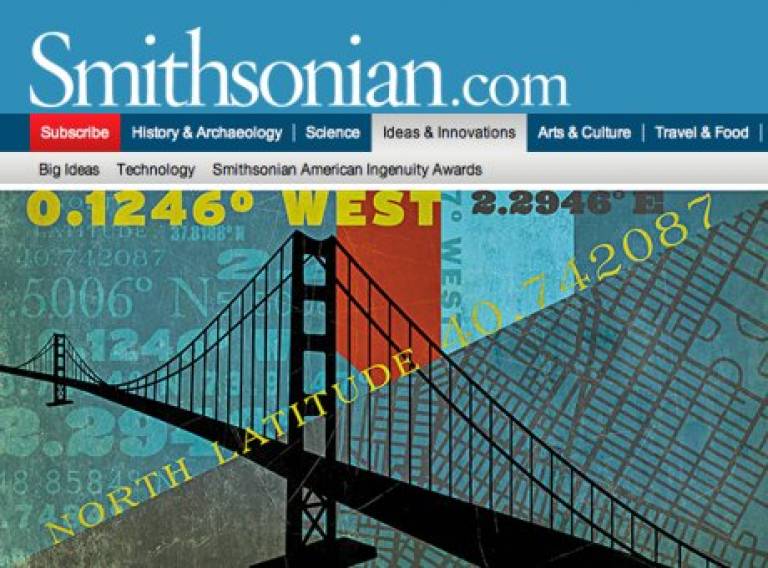 Mike Batty (CASA), Geoff West, Luis Bettencourt and Jose Lobo at the Santa Fe Institute, and Steve Koonin at the Center for Urban Science and Progress at NYU are quoted in Jo Adler’s article in May’s Smithsonian Magazine where he reports on the emerging field of quantitative urbanism.

This is a nice, neat summary of the fact that as cities get bigger, they change qualitatively, regularly as some suggest for systems of cities in large continental land masses like America and with much more volatility in systems like Britain which we are studying here in CASA where primate cities or ‘dragon kings’ like London appear to dominate everything in sight.

The article suggests somewhat apocryphally that “many aspects of modern cities can be reduced to mathematical formulas” but the point is that there are many emerging relationships in this science of cities that might be exploited in new ways when we intervene in the growth and structure of cities through planning. For the first time, we have a glimmer of an understanding of the limits to which we can intervene without destroying the very organism that we seek to change.

Jo Adler focuses on the way agglomeration economies get greater, scale superlinearly as cities get bigger in that more and more interactions between more and more specialized people seem to interact. This leads to more than proportionate wealth and innovation but more than proportionate increases in crime and disease. Cities like many systems thus represent a tradeoff between more good and more bad as they grow.