Are The World’s Subways Converging to the Same Shape? 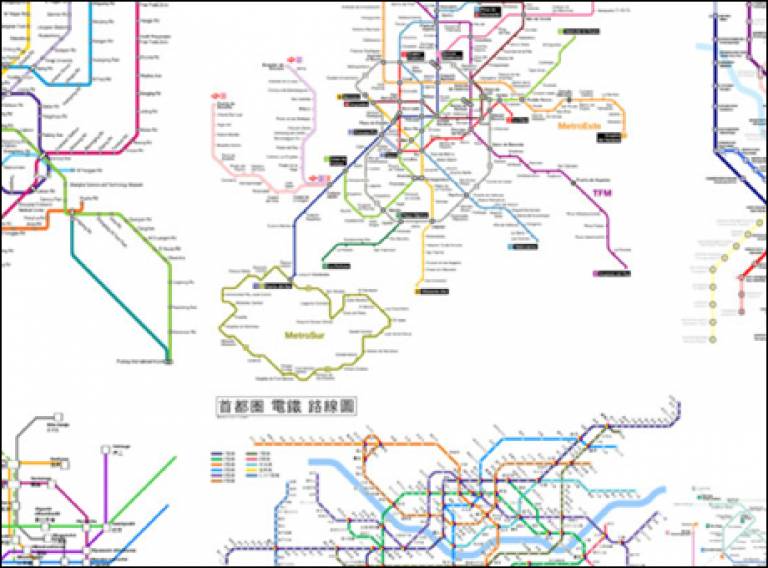 A paper by Mike Batty with three other authors - Camille Roth and Marc Barthelemy who are statistical physicists from CAMS (CNRS/EHESS) in Paris, and Soong Moon Kang a social network theorist from UCL Management Sciences here has just published online in the Journal of the Royal Society Interface. They compare a dozen subway networks around the world in large cities using various graph theoretic network measures, and conclude that large subway systems are converging to a form where the radial structure that is first established is complemented by ring structures as the system develops and city populations get larger. The paper has garnered some media coverage with commentaries in Wired Science, in Scientific American online, in Gizmodo, BBC News, Digg and BoingBoing. The paper is called “A long-time limit for world subway networks” and you can access it from Mike’s blog.