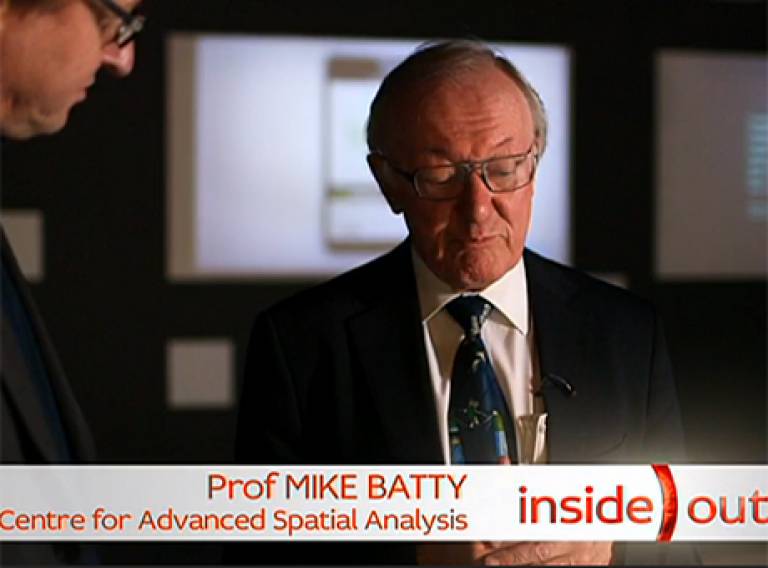 On Monday 19th January, Professor Michael Batty appeared on the BBC’s Inside Out (South East), to explore the case for expanding London’s boundaries into Kent and Surrey, in order to solve London’s housing crisis. In the discussion, led by Vince Rogers, Professor Batty explains why this probably wouldn't solve the housing crisis. What is required is a blitz on housing construction and simply enlarging boundaries would not ensure this.

Professor Batty can be seen demonstrating CASA’s London Data Table. The London-shaped table displays some of the visualisations created by our researchers to demonstrate how we use the current cityscape; including current commuter routes.

The recording can be viewed on iPlayer at the following link (the segments starts at 17:30): http://www.bbc.co.uk/iplayer/episode/b04ynpcc/inside-out-south-east-19012015